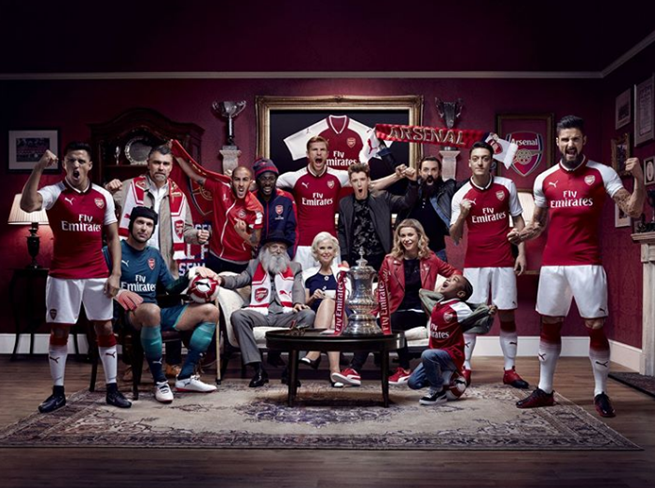 Arsenal have revealed their new 2017/18 home kit and, honest to goodness, you’d be hard-pressed to notice.

The strip was officially unveiled as part of a “live activation” at Kings Cross station on Wednesday morning, with Robert Pires and Martin Keown showing up to do the honours…

Basically, it’s a so-tight-it’s-almost-internal red Puma shirt with white block sleeves and a button collar – almost indistinguishable from any other Arsenal home kit of the last five years.

Regardless, we’re assured that the jersey is actually a very slightly darker shade of red than last season’s offering, with the particular hue drawn from the right side of the club’s crest, rather than the usual left. 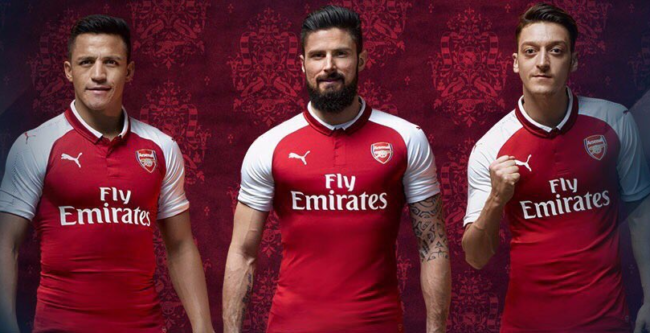 Still, Arsenal fans will no doubt be gladdened to see both Alexis Sanchez and Mesut Ozil used in the publicity shots.

That usually only means one thing: they’ll both be off by August!