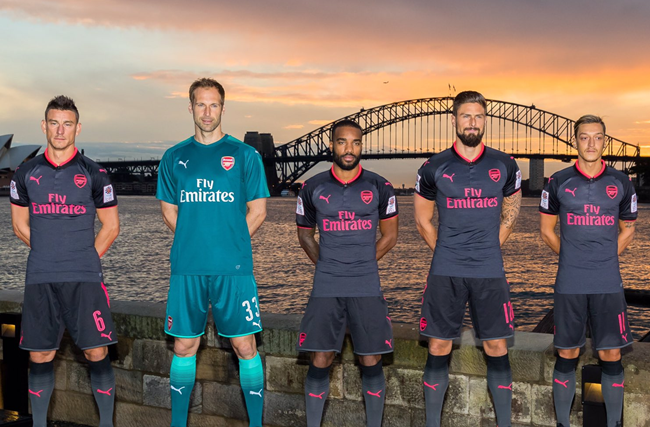 We’ve cropped Nacho Monreal out of this picture. Nothing personal, you understand!

Currently on tour in Australia, Arsenal have seized the opportunity to unveil their new third kit in front of two of Sydney’s most famous tourist traps.

Several of the Gunners entourage, including new signing Alexandre Lacazette, lined up to model the strip in front of the Opera House and the Harbour Bridge as the sun faded below the horizon in the background.

As for the kit itself, we’re looking at a svelte black affair, accented by flashes of neon pink. 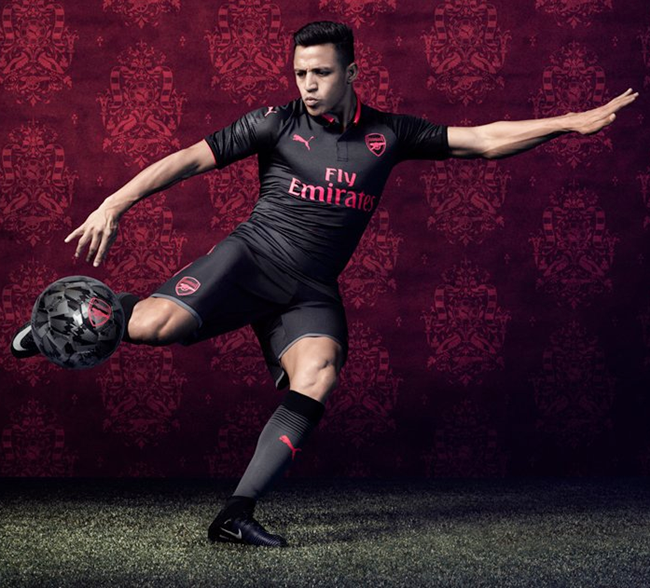 A closer look at the shirt reveals a dark grey marl effect, which adds a little contrast and texture to the whole shebang… 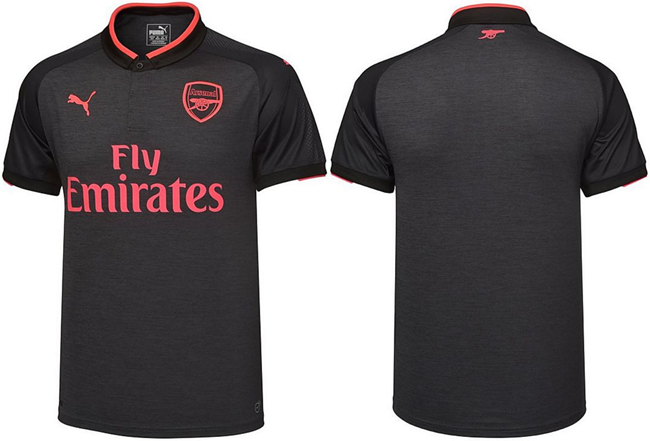 She sure is purdy, ain’t she?

Arsenal will at least look sharp this coming season, with a similarly trim metallic blue away kit due for official release on 29th July.