Unsurprising for a team nicknamed The Hornets, Horsham turned out in their usual delectable yellow and black home kit.

As the visitors, Ashford turned up wearing their yellow and green away strip.

Fortunately, however, the referee on duty mulled things over and eventually declared that the two hues of yellow were sufficiently different so as to avoid a confusing clash of colours.

As such, the game went ahead as planned… 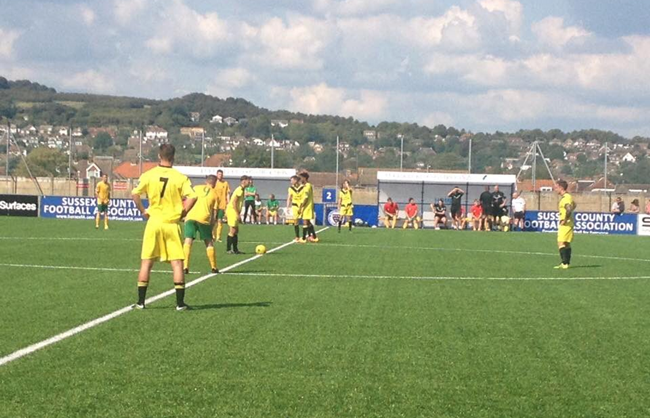 As seen in the photo above, Horsham play in a bright ‘citrus blush’ yellow whereas Ashford clearly favour a deeper mustard tone.

For the record, the hosts went on to register a fairly convincing 6-0 win, thus allaying all concerns over any colour-based confusion.