While the departure of star man Alexis Sanchez to Manchester United was a punch in the guts (and a kick in the balls) to Arsenal fans the world over, many have already moved on, helped by the fine performances of new-boys Henrikh Mkhitaryan and Pierre-Emerick Aubameyang against Everton at the weekend.

However, one Arsenal fan decided to move on by fiddling about with his Sanchez shirt to fine affect, with young Gunner Alex Iwobi now the object of his affection… 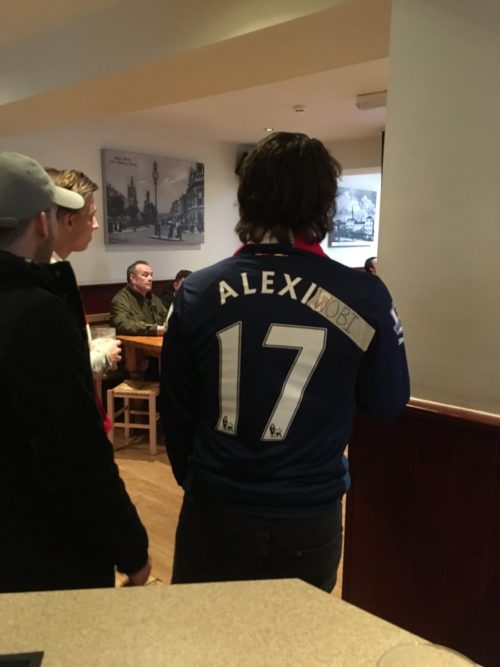 What a professional job, eh!?