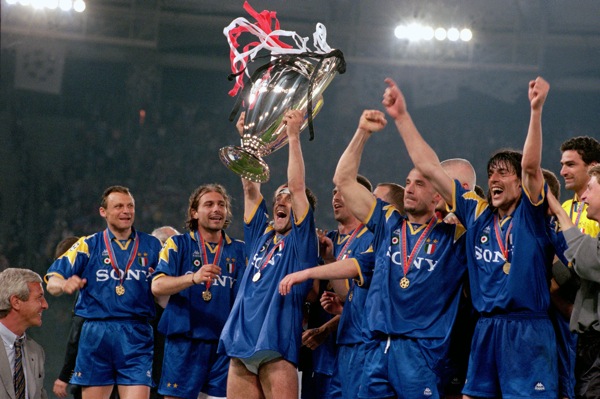 In the early to mid-90s I wasn’t fortunate enough to be subscribed to the new wave of football hysteria that was Sky Sports so my Sunday afternoon football fix came via the ever-exciting ‘Football Italia’ on Channel 4. A combination of the live action and James Richardson’s preceding Saturday morning round-up/preview show meant I had, in football terms, slightly broader horizons than my school mates.

It wasn’t just the football that was interesting; it was the shirts as well. Sampdoria, Roma, Genoa, Parma… it seemed that all the clubs in Serie A were competing for the ‘Best Dressed’ award.

That generation of kit designers spawned some absolute classics but for me the lure of the black and white of Juventus was too hard to resist. A combination of Alessandro Del Piero and the fine tailoring of Kappa couldn’t be beaten, and the obsession only escalated further when Zinedine Zidane rose to prominence in the same colours.

The 1995-97 Juve home shirt with the black square on the back was perfect for a number 10 or 21; however my favourite of the Juve shirts isn’t one of their traditional home offerings. 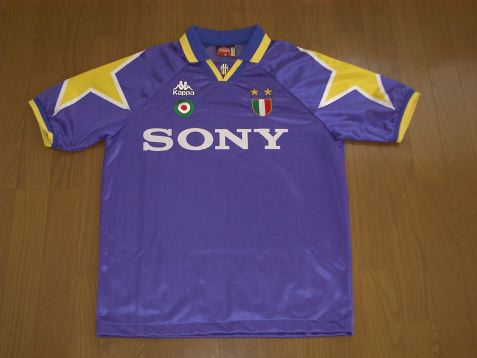 The crème de la crème for me is the 1995-96 blue and yellow away shirt. I’ve always thought that particular mix of colours went well together (Parma had the combination down to a tee at that time as well) and Kappa absolutely nailed it with that effort. The giant yellow star on each shoulder, each one representing ten domestic league titles, was a very prominent display of Juve’s success, while the only hint of the club crest was subtly placed on the neck of the shirt.

It’s probably best known for being the shirt Juve wore when they won the 1996 European Cup Final on penalties against Ajax, so as well as looking great it’s also associated with success. Indeed, the shirt even managed to go all the way up to eleven in terms of ‘coolness’ when Fabrizio Ravanelli followed up his goal in that final with a combination of his best Marco Tardelli impression and a famous shirt-over-the-head celebration. The only slight blemish on the kit, apart from Angelo Di Livio’s shorts-less celebrations when receiving the trophy, was the white printing used for names and numbers on the back. Yellow would have been a lot smarter, but that’s just me being picky. 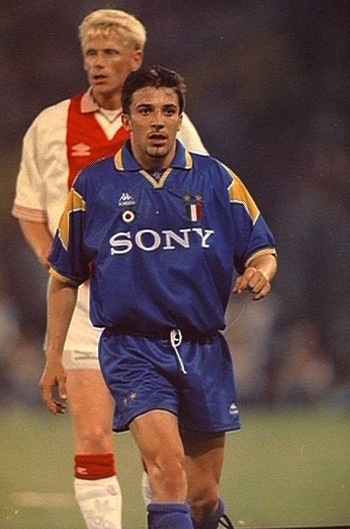 Sadly, it’s not one of the many shirts I currently own, though it’s not for the want of trying, having lost out on a couple of eBay auctions.

One day it will be mine.

Neil is co-editor of the splendid BackPageFootball

Football writers/bloggers (and indeed Pies readers), if you would like to contribute to this series with a short piece (250-500 words) on your favourite ever football kit, then email me: ollie@anorak.co.uk