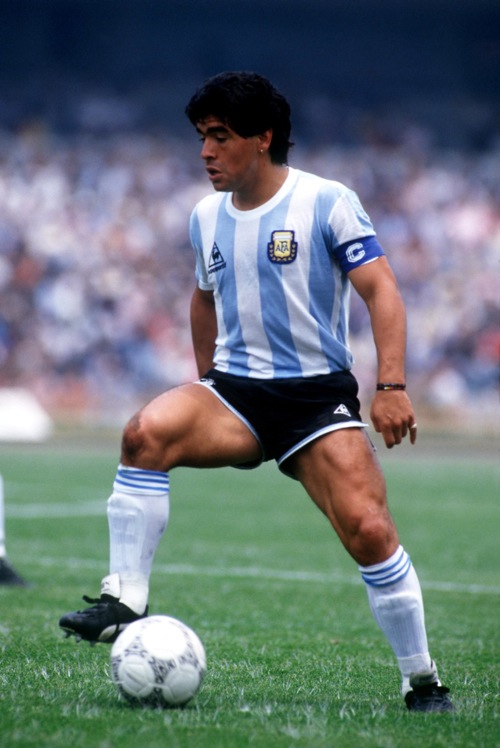 There are a couple of reasons why international kits tend to look a lot better than club kits:

1. The lack of a sponsor’s logo

2. The designs don’t change much, so they have more time to develop classic status.

Argentina’s home shirt, with its pale blue-and-white vertical stripes, is as iconic to me as the ubiquitous yellow of Brazil; and if Brazil are the Beatles, then Argentina are the Stones: edgier, dirtier, meaner, more dangerous. 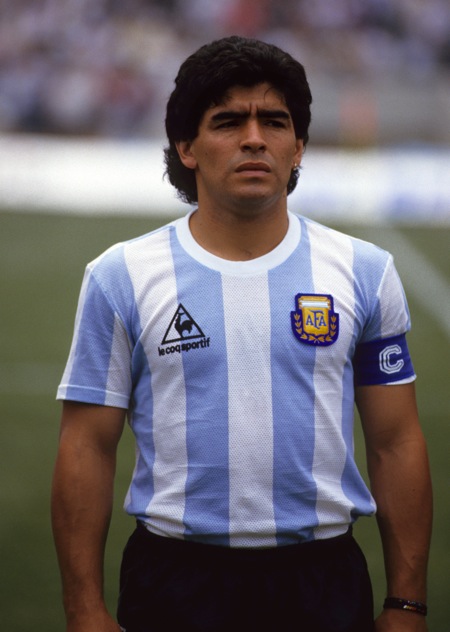 I suppose I don’t really need to explain why I fell in love with Argentina’s home kit in 1986. I mean, just look at the photos in this post. Does it get any better?

The Le Coq Sportif kit was cool enough on its own, and gloriously simple, but put it on Diego Maradona’s back and it developed superhuman levels of cool, to go with El Diego’s superhuman powers. I was 12 when Mexico ’86 came around and at that impressionable age I had never seen any rock star look as much like a bad motherf**ker as Maradona did.