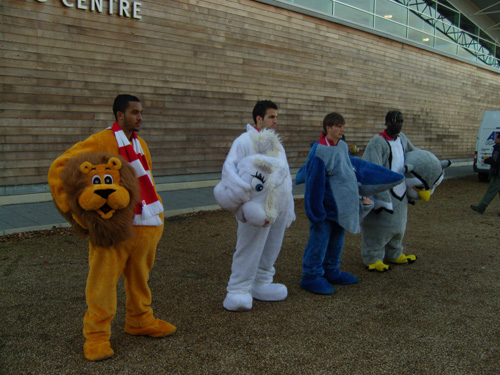 A couple of video clips of Arsenal’s stars in animal costume for charity. [Kickette]

Joe Cole is more skilful than me, says Wayne Rooney. [The Sun]

The best XI comprised of Brazil and England stars. [Goal]

Behind the scenes with David Beckham and Steven Gerrard on the set of new Adidas advert. [Mirror]