YEEHAA!!! In honour of Clint Dempsey’s exemplary exertions this season; superseding Louis Saha’s previous record (13) as Fulham’s single-season Premier League goalscorer by knocking in his 14th, 15th, and 16th league goals of the campaign over the Easter weekend and taking his overall 2011/12 tally to 22 in the process – we thought we’d offer an ‘umble doff of our cloth caps to the best rootin’ tootin’ Yankee Doodle American players to ply their trade this side of the pond.

Apologies for all the casual national stereotyping just then, where I come from it’s a term of endearment… 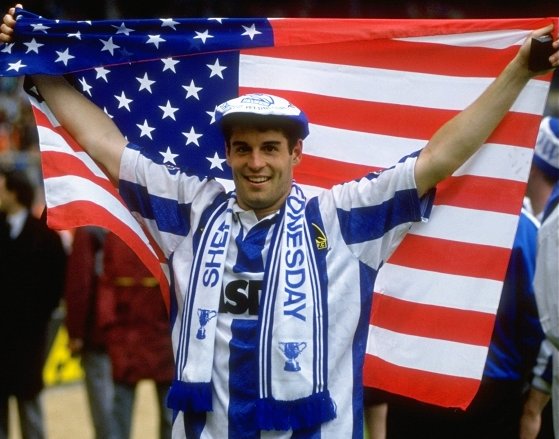 10. John Harkes – Included by virtue of being the first ever American to play in the Premier League, playing for Sheffield Wednesday (not ‘playing FOR Sheffield ON Wednesday’ as the New York Times once diligently reported!) between 1990-’93 before going on to represent Derby, West Ham and Nott’m Forest in Angleterre with varying levels of mediocrity.

A National Soccer Hall of Famer in the States, Harkes played for the USA in both the 1990 and 1994 World Cups before *allegedly* bonking Eric Wynalda’s wife on the eve of the 1998 tournament and being subsequently ostracised from the squad as a result. 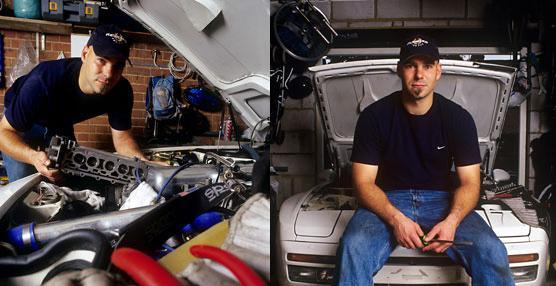 9. Marcus Hahnemann – Made his name in the Premier League at Reading, making 339 appearances for the club and racking up 13 clean sheets and more saves than any other top flight ‘keeper (139) during the 2006/’07 season – the year before the Royals were relegated.

Proud possessor of both one of football’s worst yet most enduring ‘soul patch’ goatees and what is possibly the record for the length of time between international caps – making his debut for the US in November of 1994 and then having to wait nine years until June of 2003 for his next call-up. 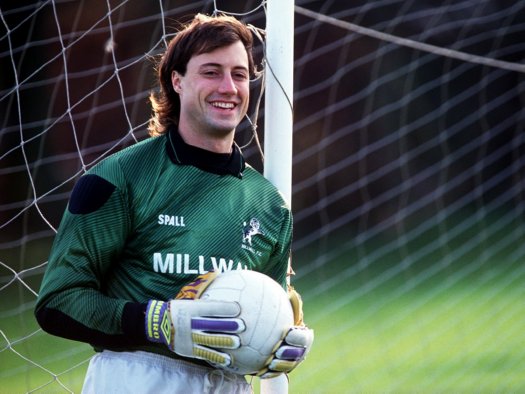 8. Kasey Keller – That hair didn’t last for long, did it Kasey? A really solid ‘keeper for many years despite being completely bald by the age of 27, Keller etched his name in Leicester City folklore as their reliable No. 1 during the Foxes’ brief Martin O’Neill-inspired period of over-achievement in the mid-to-late 1990s that saw them win the League Cup and claim four consecutive top-ten Premier League finishes.

Keller grew up on an egg farm in Washington and once had a electropop song written about him by a band called ‘Barcelona’ after single-handedly keeping Brazil at bay (this way for both the song and the highlights) during a CONCACAF Gold Cup semi-final in 1998 – a goalkeeping performance Romario hailed as the “greatest he’d ever seen.” 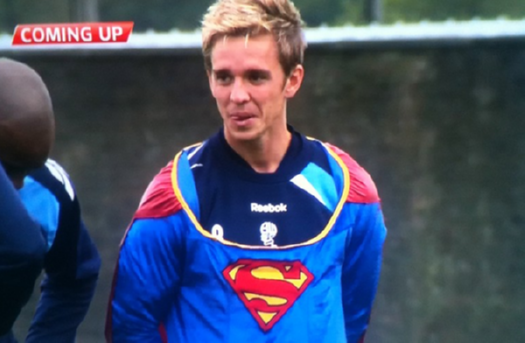 7. Stuart Holden – Classy and eminently likeable little central midfielder with a natty line in superhero pyjamas, Holden is currently on the books at Bolton where a hefty knee injury sustained against Manchester United in March last season and the requisite surgeries it entailed have cruelly robbed him of his momentum.

Last October, with her young son coming to terms with being sidelined for months on end, Holden’s mum sourced a pair of crutches and went to a Halloween party dressed as her crocked son as a joke. 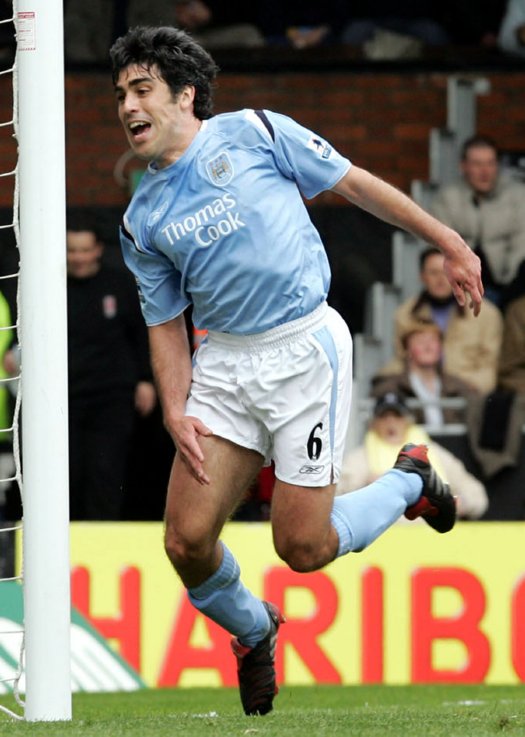 6. Claudio Reyna – Arguably the most complete outfield player the US has ever produced, Reyna played for Sunderland and Man City (back when elite players like Kiki Musampa, Antoine Sibierski and Sun Jihai were running amok at the CoMS) between 2001 and 2007 after a couple of successful seasons north of the border with Rangers.

Unfortunately, his time in England was repeatedly stymied by several nasty knee and back knacks, with a hernaited disc eventually forcing him into retirement in 2009 after managing just 30-odd games in two years for New York Red Bulls. 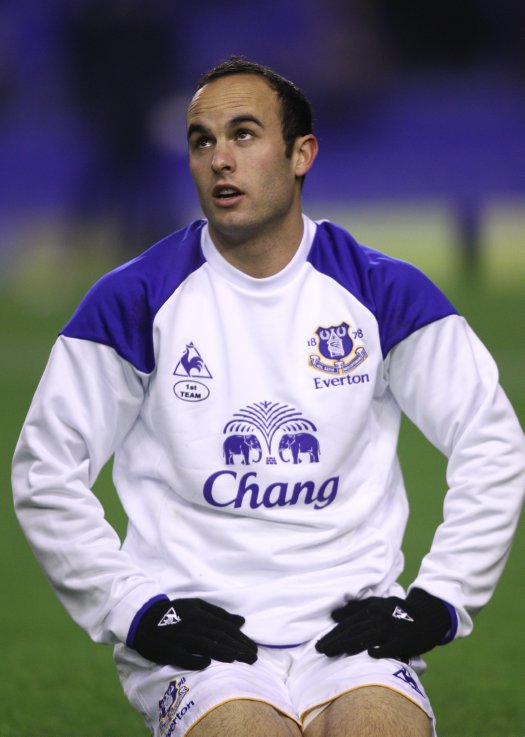 5. Landon Donovan – The oft-vaunted all-American golden boy of the MLS and US soccer in general, Donovan failed to launch in Europe a couple of times earlier in his career before signing for Everton on loan from LA Galaxy during the MLS off-season back in January 2010.

Many foresaw another water-treading false start, but Donovan bucked the trend – playing 13 times, scoring a couple of decent goals, chipping with some valuable assists and winning the club’s Player of the Month during his seven weeks at Goodison. He left for La La Land a firm fans’ favourite.

He was so impressive in fact that Everton snaffled him back from the Galaxy the following January with similar results. Indeed, they immediately set about trying to sign him permanently in the summer of 2011 – the only problem being that legal tender would have been required to facilitate the transaction and The Toffees, as we know, didn’t have any. 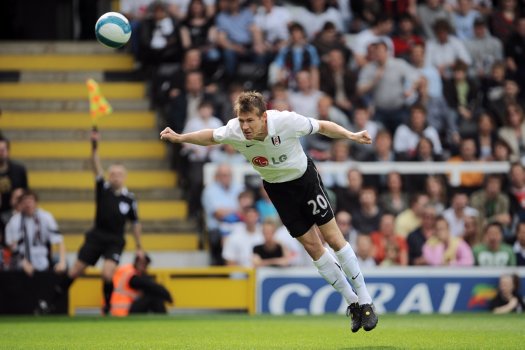 4. Brian McBride – One of if not the toughest cuthbert ever to play in the Premier League. Never the most spry or technically gracious striker, McBride got by by simply putting his all in during every single run-out. In his native parlance, he ‘worked his goddamn butt off damn straight yessiree’.

Such was his style, McBride routinely got battered from pillar to post over the course of a game and never seemed to even so much as throw his hands up in disgust when things didn’t go his way, eventually being made club captain for his on and off-field conduct. Pro.

Fulham’s top brass may have a dubious record when it comes to hero worship, but there’s little wonder that the bar at Craven Cottage is named after him. 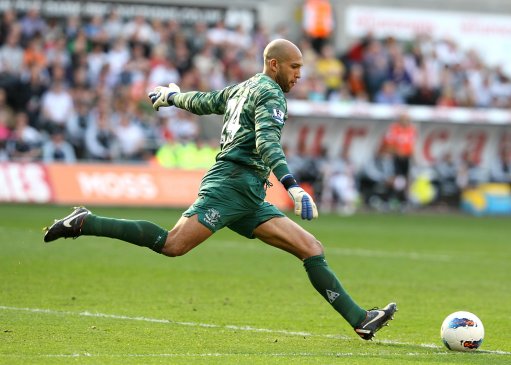 3. Tim Howard – Commanding, reflexes of a scalded whippet, hardly ever puts a foot wrong and nigh-on ever-present for Everton during his five years at Goodison (he’s even scored for them for Christ’s sake!); Howard would undoubtedly be the best American goalkeeper to have ever played in the Premier League if it weren’t for this next chap… 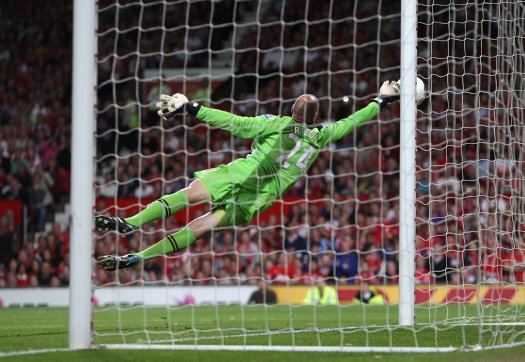 2. Brad Friedel – They haven’t half done a fine line in goalkeepers over the past 20 years have they, these Yanks?

After spending the best part of eight years forging his reputation as a ‘Human Wall’ betwixt Blackburn’s sticks (keeping close to a zillion clean sheets when he had hardly any right to!), Friedel is now rightly regarded – I think I’m right in saying – as the finest Yank ‘keeper ever to play in the top tier – a fact cemented by high-falutin’ Tottenham’s willingness to have him ear-marked as their first choice stopper despite him being older than most glaciers. 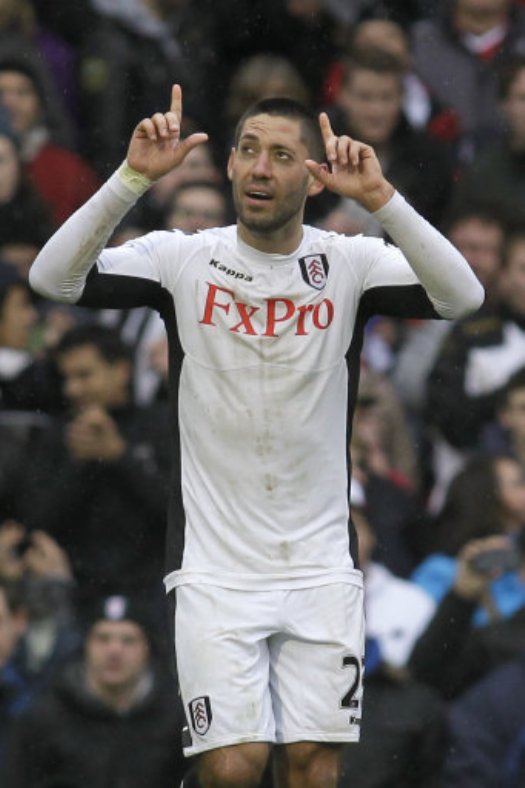 1. Clint Dempsey – Dempsey is comfortably the most technically-gifted American player to have played in the Premier League and is quickly becoming the accepted face of soccer in the US sporting press – with many of the major news organs now following every minutiae of his progress in England after turning blind or dismissive eyes in the past.

A skillful, adept, creative, goal-scoring, match-winning attacking midfielder who many feel has been playing ‘beneath his level’ (no disrespect to Fulham…okay, a little bit of disrespect to Fulham) for a couple of seasons now – though his efforts this season may put an end to all that jazz, especially if the gathering storm of tabloid rumours are to be believed.

Arsenal, among several other illustrious potential suitors, are said to be keeping tabs on Dempdog Millionaire with designs on having a flutter this summer. Many are willing him to stay at Fulham and continue in the same vein, but could you really blame him for moving on come July?

Agree/disagree? As always, feel free to let us know…