With a doff of the cap to Valencia for last night’s Europa League extravaganza against Basel (more on that shortly), here’s Pies’ pick of our five favourite Europa league/UEFA Cup second-leg comebacks… 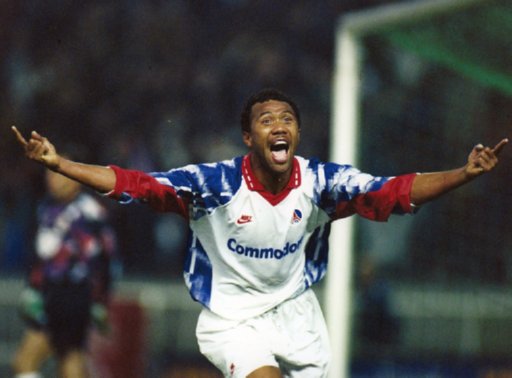 With Real Madrid carrying over an nigh-on unassailable 3-1 lead from the first leg of the quarter-finals, PSG put in a shift and a half at the Parc des Prince to claw themselves back into it.

George Weah scored after half-an-hour to provide PSG with a lifeline before two incredibly late quick-fire goals from David Ginola and Valdo (scored in the 80th and 87th minutes respectively) put the French side on the brink of squeaking through.

Ivan Zamorano then popped up with an 89th-minute goal for Madrid to widdle all over PSG’s bonfire, though, just as the tie seemed destined to go the distance, PSG defender Antoine Kombouare headed home to put his side through once and for all – thus putting the seal on the Spaniards’ heaviest European defeat in 12 years and earning himself the dubious nickname “Casque d’Or” (“Golden Helmet”) in the process. 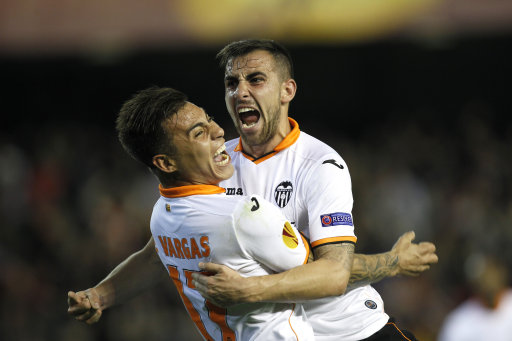 Brought about by a goal apiece from Eduardo Vargas and Juan Bernat and a hat-trick from striker Paco Alcacer, El Che’s remarkable back-from-the-dead performance marked the first time any team has recovered from a 3-0 first-leg deficit since the tournament was rebranded as the Europa League in 2009/10. 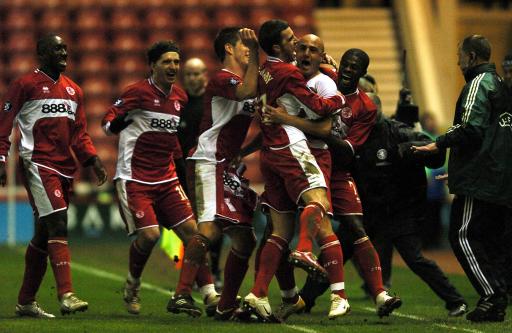 Having somehow scraped their way past Roma on away goals in the last 16, it looked like the quarter-finals would be the end of the road for Middlesbrough as far as their European run was concerned after taking a 2-0 beating at the hands of Basel in the first leg in Switzerland.

23 minutes into the second leg at the Riverside they found themselves 0-3 down on aggregate, but then…it began.

Thanks to two goals from Mark Viduka and a late one from Jimmy Floyd Hasselbiank, Boro suddenly found themselves level at 3-3 as the tie moved into final ten minutes.

Flushed with fresh impetus, Steve McClaren’s side beavered away in a desperate blitz for a winner as Basel battened down the hatches, and, lo and behold – cometh the 90th minute, cometh Massimo Maccarone and cometh a truly classic piece of ecstatic commentary from Boro TV’s Ali Brownlee… 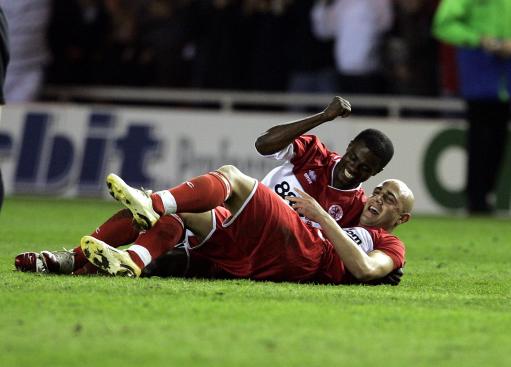 After knackering themselves out against Basel, Boro once again lost the first leg against Steaua – going down by a single goal to nil in Romania.

Then, in an almost identical repeat of their quarter-final, McClaren’s side went three goals down on aggregate by conceding twice in the first 25 minutes in the second leg at the Riverside.

But then…it began: Maccarone, Viduka and Chris Riggot scoring to pull Boro level before the bald-domed Italian striker certified his place as a club legend by popping up to score a 90th-minute winner for the second time on the bounce.

Astonishing. Truly astonishing. Boro got trounced 4-0 by Sevilla in the final, but hey ho. 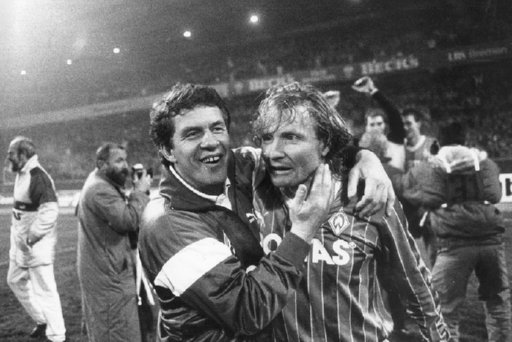 Werder Bremen lost 4-1 in the first leg of their second round tie in Russia, but came back to soundly whup Alexander Mostovoi and co. in the return, pummelling their opponents by six goals to two to win the game by a 7-6 aggregate scoreline on the banks of the river Weser.

The victory was part of a remarkable streak of European comebacks that Bremen coach Otto Rehhagel oversaw during the 1980’s – four famous games their fans now refer to as the “Vier Wunder von der Weser“, so famous, in fact, that there’s a song about it. 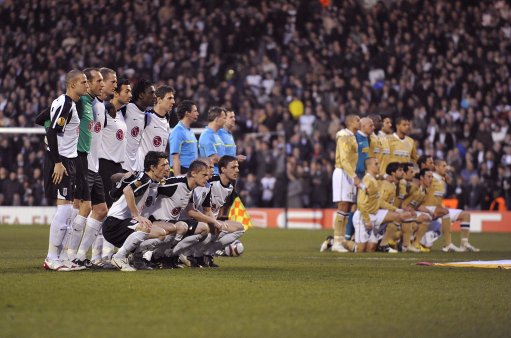 Having been comprehensively pasted 3-1 in the first leg by a vastly superior Juventus team, no-one gave Fulham a prayer of fettling themselves anything from the second leg at Craven Cottage.

When the Cottagers then went and conceded a fourth (courtesy of David Trezeguet) inside two minutes of the second leg, their heroic Europa League tilt looked dead in the grimy waters of the neighbouring Thames.

However, Bobby Zamora plundered one back for Roy Hodgson’s side just five minutes later and the watching world began to stir – a frisson that turned into wide-eyed amazement when Juve had captain Fabio Cannavaro sent off and Zoltan Gera stuck away a brace shortly thereafter to put the home side 3-1 up on the night and, against all the odds, level the aggregate score a 4-4.

Juventus held firm as Fulham swarmed in search of an elusive winner, but it was then, in the 82nd minute, that Clint Dempsey painted his masterpiece – chipping a beautiful shot that almost seemed to hover over stand-in ‘keeper Antonio Chimenti in slow-motion before dropping inside the far top corner to send little ol’ Fulham into the quarter-finals.

Fulham went on to battle their way to the final in Hamburg, where they lost 2-1 to Atletico Madrid after extra-time.