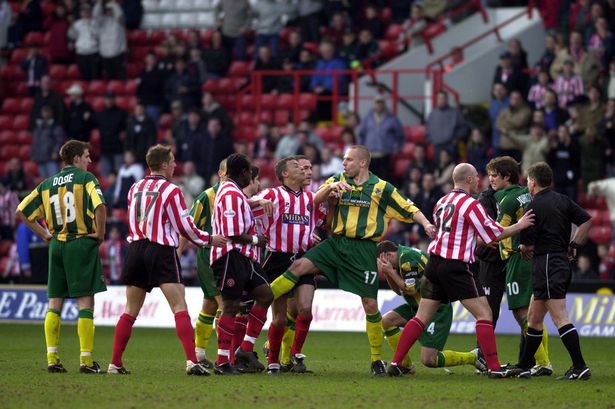 Scenes of the carnage amid the Battle of Bramall Lane, 2002

This week some 14 years ago, the First Division match between Sheffield United and West Brom was abandoned with the away side leading 3-0.

The reason? There were only six Blades players left on the pitch.

United found themselves a man light after just nine minutes when goalkeeper Simon Tracey was sent-off for handling the ball outside the area. West Brom then scored a couple of goals before, around the hour mark, things began to get nasty – disgracefully so, in fact.

Georges Santos saw red (a little over a minute after coming on as a 64th-minute substitute) for a reckless tackle on Baggies midfielder Andy Johnson. Amid the ensuing brawl, Blades striker Patrick Suffo was dismissed for a head-butt, against just a few minutes after coming on as a sub.

The home side were then forced to watch on as two more of their players leave the pitch with injuries meaning that, with all subs used, United had one less player than the minimum seven required under FA rule. So, with eight minutes left to play, the ref had no option but to call the game off.

United were fined £10,000 and the result was allowed to stand. Both Santos and Suffo never played for the club again. 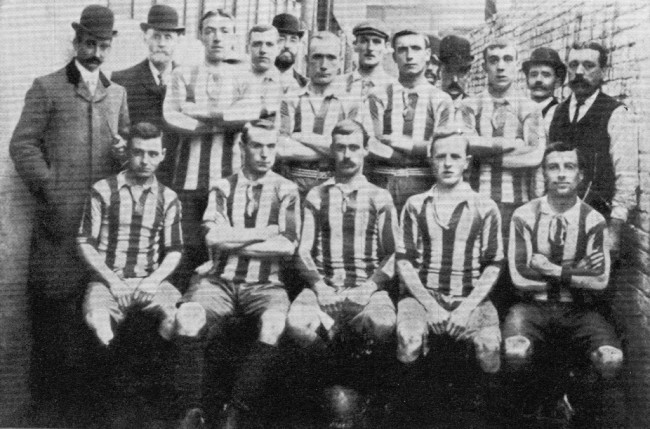 The Oldham Athletic team, circa 1910

Oldham Athletic were challenging for the title when they took on Middlesbrough at Ayresome Park on Easter Saturday, 1915.

However, a series of refereeing decisions they viewed as questionable soon had the visitors riled up. When Oldham’s Billy Cook conceded a penalty, the resulting spot-kick put ‘Boro 4-1 up. Soon after, Cook was booked again and sent off. But he refused to leave the field so the referee abandoned the game and took the teams off the pitch.

The result was allowed to stand. Cook received a 12-month ban. 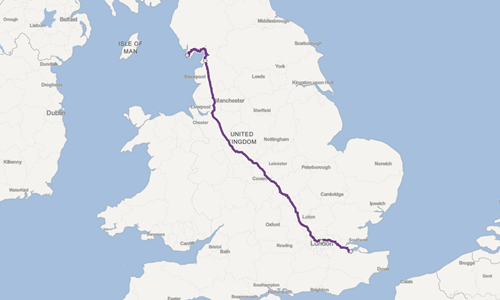 In 1972, Gillingham missed a train from Euston that would have got them to Barrow (some 170 miles away) in good time for the early 5.15pm kick-off needed to circumvent the fact that Barrow’s home ground didn’t have any floodlights.

After an arduous (and further delayed) journey made by plane and car, the Gills arrived in time to kick off 15 minutes late. By the 76th minute, Barrow were 7-0 up but it became too dark to continue and the game was duly abandoned.

Mercifully for the home side, the result was allowed to stand. 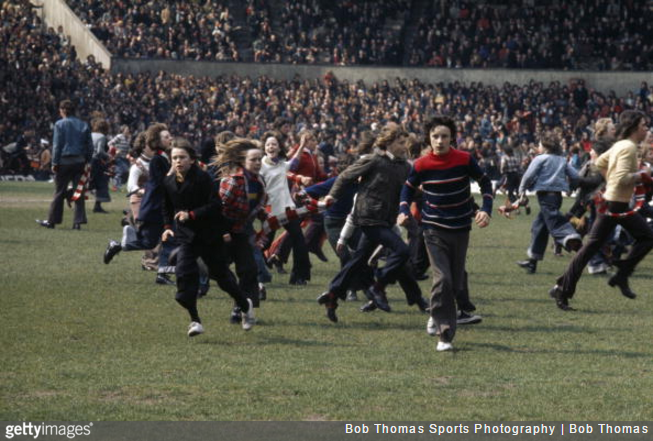 As if it were scripted, former Manchester United hero Denis Law back-heeled home a goal for rivals Manchester City that sent the Reds tumbling down to Division Two in 1974.

However, regardless of Law’s impudence, United would have still been relegated had the game ended goalless. Unaware of their fate being sealed by results elsewhere, United’s fans poured onto the pitch in the 85th minute in a desperate effort to get the match abandoned.

The game was, in fact, called off, but the Football League allowed the result to stand. United were down. 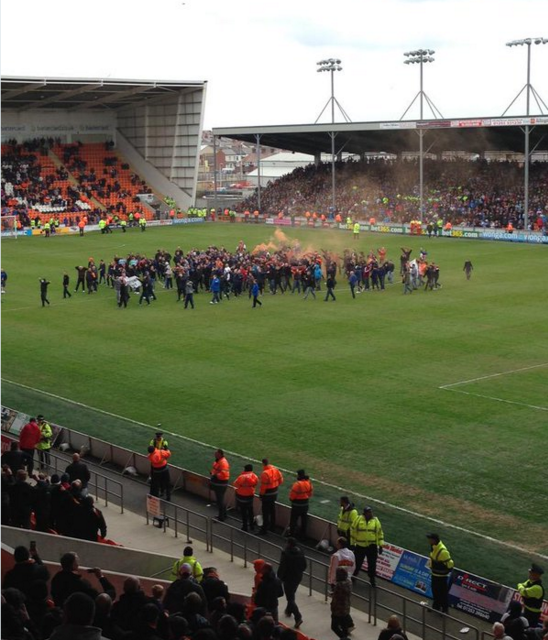 In 2014/15, Blackpool endured a terrible season. Off-field chaos led to poor results on it, with the club failing to win away all season.

They were the first club in any division that season to be relegated, and by the time of the last home game against Huddersfield Town on 2nd May, their beleaguered fans had had just about enough.

Shortly after half-time, hundreds ran onto the pitch protesting about the club’s owners. The match was abandoned but the result (0-0) allowed to stand.