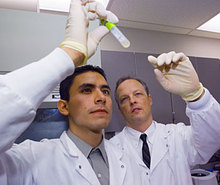 The Times’ football boffin, Daniel Finkelstein (the man responsible for the brilliantly named Fink Tank column), has ranked every Premiership player based on some impossible-to-comprehend mathematical formula. It’s ‘a multivariate Poisson log-normal model’, if that means anything to you at all.
The rankings are based purely on players’ contributions to their team, not ‘abstract talent’, and so Frank Lampard ends up in 2nd place with Steven Gerrard â€“ a better player, indisputably – down in 80th (!). Frankly, it’s all a load of scientific bollocks, but it still makes an interesting topic for pub debate.
To see Fink’s Top 10 Premiership Players of the Season, click belowâ€¦