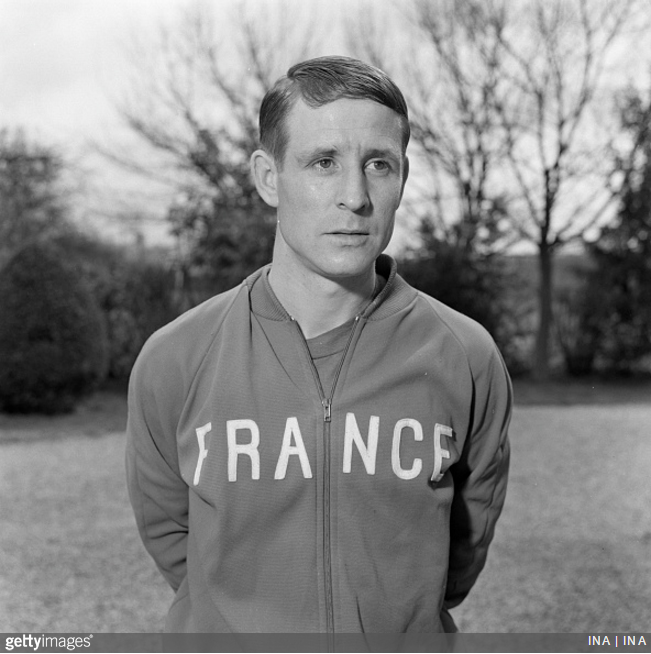 European football has lost two legendary figures in the space of two days.

Following the sad news that Celtic stalwart Tommy Gemmell, a key member of the Lisbon Lions, died yesterday, it was announced earlier today that the great Raymond Kopa has passed away at the age of 85.

In his homeland, he was and will forever be synonymous with the iconic Riems team of the early 50s, with whom he won the Ligue 1 (or Division 1, as it was then) title four times across two separate stints, also lifting the Latin Cup and reaching a European Cup final in 1956.

He was also a fixture of the national team, winning 45 caps, scoring 18 goals and playing his way into the FIFA All-Star Team for the 1958 World Cup, at which Les Bleus finished third.

Kopa is also the only player outside of the Lionel Messi-Cristiano Ronaldo axis to finish in the top three of the Ballon d’Or ballot for four consecutive years – 1956, ’57, ’58 and ’59.

Oh, and he was also the first footballer ever to receive France’s highest accolade of civil merit, the Legion d’honneur, in 1970.

Kopa goes through his paces in training match before France’s game against Germany, 1952

Kopa and his France teammates wait to board their plane to Dublin at Orly airport ahead of a match against Ireland, 1953

Kopa poses for a France photocall, 1954

Kopa in action for the French army against their British counterparts, 1955

As wife Christine (left) looks on, Kopa is presented for an award for being the ‘most elegant sportsman in France’ by actress Jeanne Moreau (right), 1955

Kopa arrives at the airport to leave France after signing for Real Madrid, 1956

Kopa and Di Stefano again, this time after winning the 1957 European Cup together at Real Madrid

Kopa entertains fans during a training camp with France, 1958

Real Madrid president Santiago Bernabeu (second left) chats with Kopa, Di Stefano and Gento at a celebration party after Real had won the European Cup for the fourth consecutive season, 1959

Kopa would never play for Real again, leaving to re-join Reims in the close season.

Kopa and Just Fontaine demonstrate their mastery of the football at a France training session, 1959 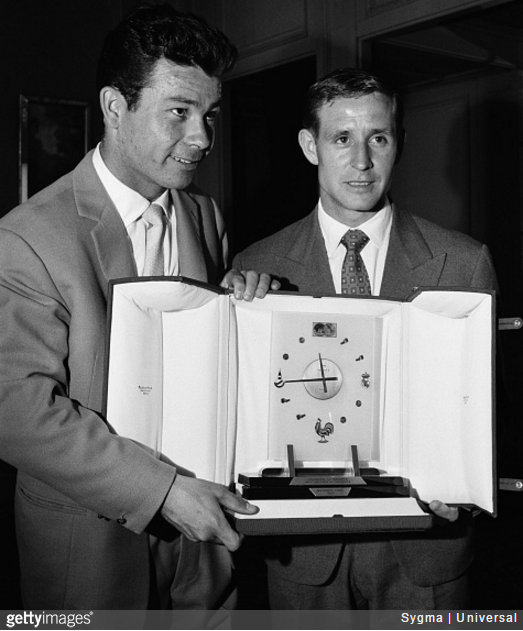 Kopa (alongside Fontaine) poses with the special prize he received from the FFF for services to the French national team, 1959

Les Bleus (with Kopa in the centre) warm up for a friendly against Portugal, 1959

The Stade Reims team of 1959 (Kopa front and centre, with the ball)

Four years after retiring, Kopa returns to the Stade Auguste Delaune in Reims for a photoshoot, 1972

A star-studded group of famous footballing figures assemble on the pitch ahead of the 1975 European Cup final between Leeds United and Bayern Munich.