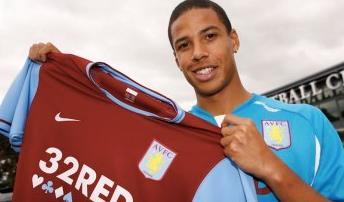 A pretty dull end to the summer transfer window in the end. Pies puts together an XI featuring the pick of the purchases. Not many goalkeepers to choose from, but Senegalese aplenty!
David Knight
Not a great deal of goalkeeper transfer action on Friday, so Middlesbrough’s young keeper Knight is in the XI following his switch to Swansea.
Liam Rosenior
Poor old Liam just wasn’t quite Northern Irish enough for Lawrie Sanchez’s liking! He has moved to Reading in a swap deal.

Glen Johnson
Everybody’s favourite toilet-thieving defender returns to Portsmouth after spending last season there on loan. The fee was reported to be in the region of Â£4 million.
Curtis Davies
After nearly two seasons of squabbling over his price tag, Davies has eventually moved away from the Hawthorns – and for nothing! The centre-back has moved to Aston Villa on a one-year loan deal. A future transfer would set the Villains back Â£10 million.
Habib Beye
After a summer of speculation, Big Sam finally got his man when he captured Marseille’s Senagalese defender Beye.
Gary O’Neil
Still only 24 believe it or not – he seems to have been around forever. I thought O’Neil was Pompey for life but he was apparently wooed by Gareth Southgate over breakfast and moved to Middlesbrough.
Lassana Diarra
This one is another that had been talked about for a while. Chelsea were eventually forced to cash in on their young midfielder whose contract expired in January 2008. Arsene Wenger was happy to add to his French contingent.
Papa Bouba Diop
The big Fulham midfielder quit Craven Cottage claiming he wanted to win trophies. Quite how he thought a move to Portsmouth was the way to achieving his ambitions is a bit of a mystery.
Seol Ki-Hyeon
Imagine having an amazing debut Premiership season only to find out at the start of the next season that your total value is one Liam Rosenior. Seol moved to Fulham as the other half of the swap.
Henri Camara
This transfer window’s must have accessory was a Senagalese player. Habib Beye, Abdoulaye Faye, Amdy Faye, Papa Bouba Diop and Camara were all on the move. The Wigan man joined West Ham on-loan.
Kenny Miller
Scottish international Miller joined Derby from Celtic on a three-year deal. Manager Billy Davies heralded the arrival of a “proven goalscorer”.