10 Peter Reid – Leeds (March 2003 – November 2003) To be fair to Peter Reid, this was the easiest job in the world to be bad at. However, he still excelled in his ineptitude. Reid was ridiculed as much for his dabblings in the transfer market as his side’s poor performances on the pitch, especially the loan signing of the comical Roque Junior. He was fired after his merry band of loanees picked up eight points from the first 12 games of the 2003-04 season.

9 Jacques Santini – Tottenham (June 2004 – November 2004) The former France boss was supposed to bring the glory days back to White Hart Line, but managed only 11 league games in charge. He left after an indifferent start to the season amid rumours of rows with sporting director Frank Arnesen. 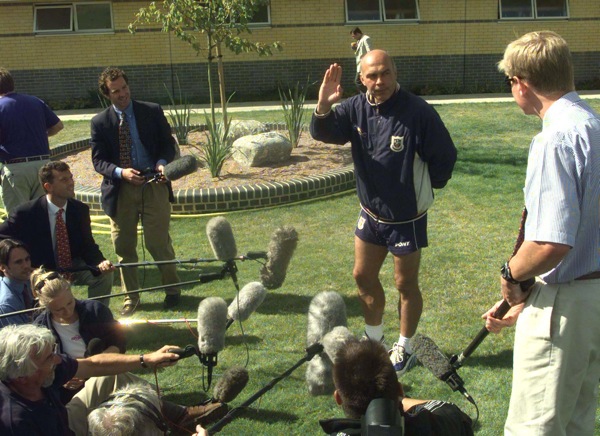 8 Christian Gross – Tottenham (December 1997 – September) Gross has since gone on to achieve great things at FC Basel, but at Spurs he gave the word ‘misfit’ a bad name. Gross led Spurs to the brink of the relegation zone in his first season. The national press took a disliking to him and he was told “You’re fired!” by Alan Sugar after three games of the 1998-99 season.

7 Egil Olsen – Wimbledon (June 1999 – May 2000) Olsen was appointed Wimbledon boss on the basis that he was renowned for playing suitably ugly football. Despite being crazy enough for the Craziest of Gangs, the welly-wearing Marxist succeeded only in getting the Dons relegated.

5 Steve Wigley – Southampton (August 2004 – December 2004) Steve Wigley didn’t look or talk like a Premier League manager, which was probably because he shouldn’t have been. Wigley managed just one win in 14 matches before getting the sack. Cynical Saints fans claim Wigley was only appointed to drag the club down the league table to make chairman Rupert Lowe’s plans to bring back Glenn Hoddle more bearable.

4 Stuart Gray – Southampton (March 2001 – October 2001) AKA Steve Wigley Version 1.0. Like Wigley he was promoted from within, and like Wigley he flopped. Although he was in charge of the win over Arsenal in the last game at The Dell, Gray mangaged only three other wins in 17 games in charge.

3 Paul Sturrock – Southampton (March 2004 – October 2004) It’s a hat-trick for Rupert Lowe. He knows the wrong man for the job when he sees him. Brought in from Plymouth Argyle, players and board members alike were rumoured to doubt his Premier League credentials. Sturrock seemed inclined to agree. 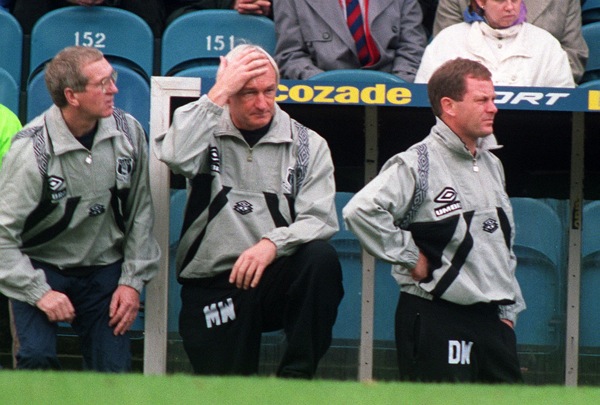 2 Mike Walker – Everton (January 1994 – November 1994) Life for Everton under Mike Walker made for good drama if not good football. He ‘saved’ them from relegation on the last day of the 1993-94 season (although he had got them into trouble in the first place). He was sacked after 12 matches without a win at the start of the next season.

1 Howard Wilkinson – Sunderland (October 2002 – March 2003) A disastrous appointment. Wilko left the Black Cats on the verge of relegation for Mick McCarthy to finish the job off. He lost 13 of his 20 league games in charge and was sacked after six defeats on the bounce.

A version of this article was first published in Sept. 2006