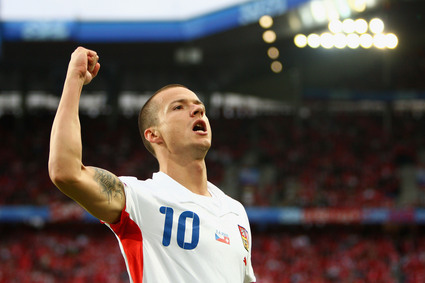 1. What a damp squib to get the tournament underway. I felt as disinterested as the Swiss crowd until the Czechs broke the deadlock.
2. Poor old Alexander Frei. He cried his little eyes out (shades of Gazza). The Swiss skipper must know his tournament is over.
3. You would have expected the Swiss supporters to have been a bit more vocal and a bit more excited about the prospect of opening a major international tournament on homesoil. Then again the players were not much better.

4. Excellent to see that the BBC have taken our views on board and split up the Chuckles Brothers of Motty and Lawro.
5. Most entertaining moment: Tomas Galasek’s crazy Father Dougal throw-in eyes. “I don’t know where to chuck it, Ted.”