Who failed to turn up? Here’s who… 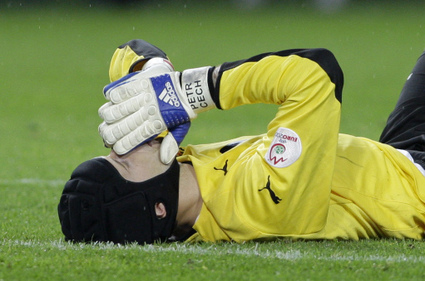 1. Petr Cech (Czech Republic)
Euro 2008 confirmed what I long suspected – that Cech has not been the same player since he fractured his skull in 2006. He still makes fine saves, but you can sense that he is reluctant to put his body completely on the line, and you can’t have that at international level. His mistakes against Turkey – expecially the dropped ball that let in Nihat – cost his nation a place in the quarter finals; it’s a sad fact that Cech can no longer be considered one of the best goalies in the world. The fact he still wears a protective helmet says it all – either he is fit to play without the helmet, or he is not fit to play. 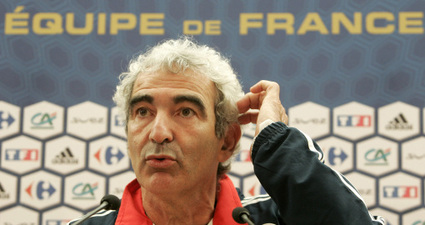 2. Raymond Domenech (France)
Many French players could have made this shortlist, but the coach was the biggest flop. Domenech mis-managed his team as well as any international team has ever been mis-managed. From the dodgy squad selection – no Philippe Mexes? – to the decision to keep clearly unfit players – Thuram, Vieira, Henry – in Austria & Switzerland, Domenech had a total shocker. Yes, France were in a tough group, and yes, it’s also up to the players to perform – but the truth is that the French finished bottom of their group with no wins, and the players just didn’t want to play for their head coach. 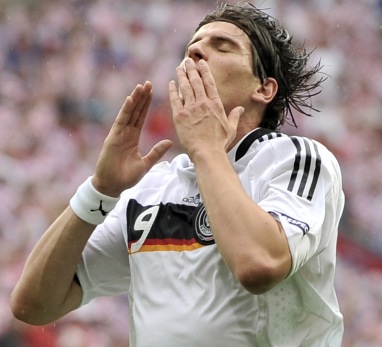 3. Mario Gomez (Germany)
You have to wonder about the strength of a league in which Luca Toni and Gomez can finish as the top scorers. Based on the evidence of Euro 2008’s group stages, Gomez is 90% hype and 10% substance. He’s been awful so far, out of sync with his team-mates and sluggish in front of goal – one miss, against Austria from three yards, summed up his tournament. I don’t doubt that Gomez has talent, but he’s not played to his potential yet. 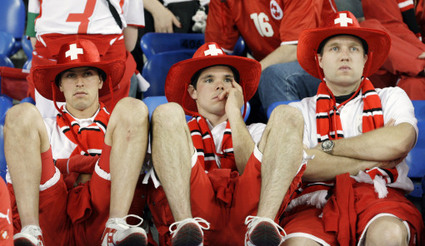 4. The co-hosts (Austria & Switzerland)
Together, Austria and Switzerland gave the worst performance ever by hosts at a European Championship finals. They mustered four points between them, and three of those came in a dead rubber (when the Swiss defeated a second-string Portugal). We knew Austria were bad, and so it proved. People said they gave a good account of themselves, but I don’t agree – they were toothless and lacked quality in all areas of the pitch. Switzerland, who at least have better players, were not much better. Roll on Euro 2012, when the hosts will be much stronger… oh, hang on, it’s Poland and Ukraine. Never mind. 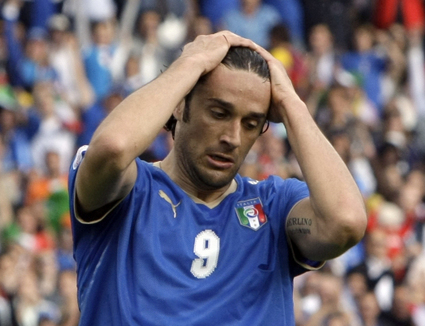 5. Luca Toni (Italy)
Toni has worked hard and linked play well at times, but he’s on the pitch to score goals, and he’s failed miserably to do that so far, despite enough chances to be leading the tournament’s scoring charts. I know he had a fine season for Bayern, but to me he looks like more like an old shire horse than a thoroughbred. 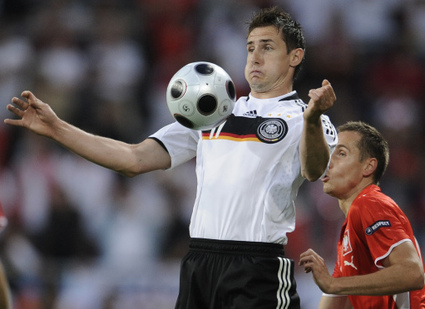 6. Miroslav Klose (Germany)
I started with a German striker, and I’ll finish with a German striker. Klose has scored the same number of goals as strike partner Gomez: i.e. none. Looks woefully short of form, but when your back-up consists of Kevin Kuranyi (shit) and Oliver Neuville (past it), what’s a coach to do?