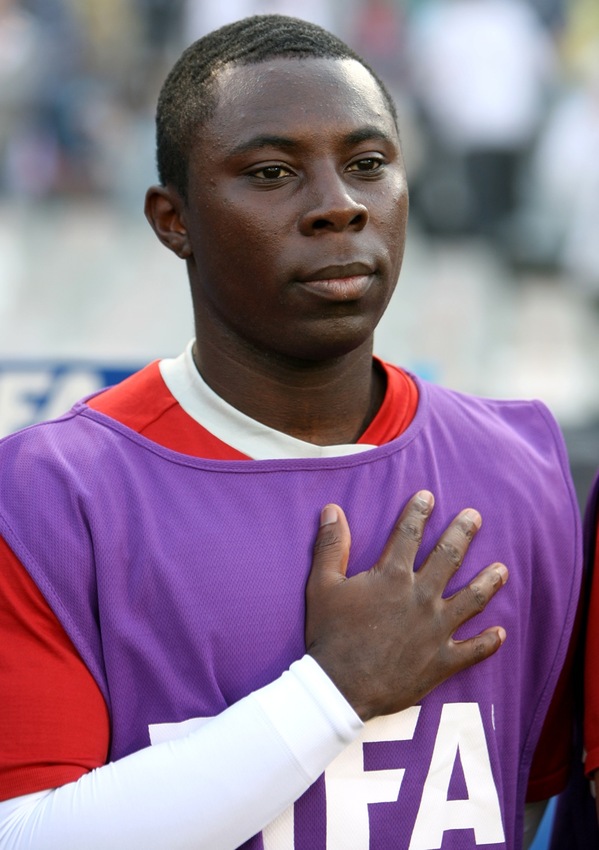 Recently on Twitter, Freddy Adu asked followers to suggest a nickname for him. He replied to suggestions by Tweeting:
“so far i like fredinho, the golden child, and the phantom. Who can give me better ones than these???”
The Phantom sounds pretty cool to us.
Freddy Tweets once a day at least, with enough regularity to make him a good baller to follow. His Tweets aren’t especially profound, but they do offer a window onto his world.
Sample Tweets:
“getting my grind on”
“Grasssssssssssssssssssssssssssss wet grassssssssssssssss. yessssssss”
“Man i cannot wait for people to see the new and improved Freddy.I promise people will be surprised at how much ive improved.”
“man i still cant believe lil wayne and jay z gave me shoutouts in their songs. thats wassup. these are two of my favs no doubt”
“guys it is soo boring in south africa. we cant go out because of safety reasons so its train and hotel. someone please entertain me. anythin”