With the end of the 2010/11 season just beginning to crown over the horizon, Pies brings you eleven of the most misguided Premier League clichés that have sullied our ears so far this term… Neville was always a tad under-appreciated at Manchester United (you just don’t pick up six Premier League titles and a Champions League win if you’re total bobbins) and his rash hacking of Viorel Moldovan over the summer of 2000 saw his reputation unfairly plummet to even further depths, so it’s fair to say that we owe the man a doff of the cap for his successful re-birth as a bona fide leader of men at Goodison during the last couple of years.

However, while he may be a fine captain, a model professional and a sterling role model for the club’s youngsters, he’s still a fairly limited ‘salt of the earth’-type player and, as such, has now actually become vastly overrated – and his influence on the Toffees’ performances vastly oversold – through absolutely no fault of his own. 10. “Roy Hodgson was the right man at the wrong time for Liverpool.”

Bull honky. The trouble with Roy is that he seems to work in micro, adept at delivering small victories on a continuous basis to supporters with tempered expectations – while the Liverpool fans demanded a sweeping boardroom overhaul with legions of £multi-million signings to right the wrongs, the instant galvanizing of a fractious squad and grand statements of passion and pride to paper over the cracks in the club’s crumbling status.

In short, Hodgson wouldn’t have fluffed millions on Andy Carroll and Luis Suarez in January to reverse Liverpool’s ailing fortunes – he’d have bought in Jonathan Greening on loan to give him another option in midfield. 9. “Dimitar Berbatov has really gotten his act together this season.”

I promise you, Dimitar Berbatov has done absolutely nothing differently this season other than successfully about-facing his ‘hattricks-to-shanked sitters’ ratio. 8. “Fernando Torres will recapture his old form next season.”

We’ve seen the best of Fernando Torres. Too many debilitating knee and hamstring injuries have robbed him of the spark that stood him a clear head and shoulders above the crowd during his first two seasons at Liverpool – it’s my belief that that tear-arse, paint-stripping incarnation of El Nino is gone forever.

Don’t get me wrong, I’m not a hater – Torres is clearly still one of the best forwards in the league when he’s on song and will probably help himself to a hatful of goals if Chelsea get their system/pecking order sorted out next term, but I fear Roman Ambramovich may have spent a wishful £50 million on the ‘world’s best striker’ and come out of the deal with about £30 million’s worth of former glories. 7. “Manchester United have wasted the best part of £8m on Bebe.”

Consider this if you will: If you take the £7.8m that Sir Alex frittered away on Bebe, write off the borderline-useless Portuguese hobo as a momentary lapse of judgement and then simply add his transfer fee to the £8m that United spent on Javier Hernandez last summer, then – 19 goals later – the ‘£15.8m’ that was spent on acquiring Chicharito still seems like a bit of a snip doesn’t it? 6. “Samir Nasri deserves a ‘Player of the Year’ award this season.”

Nah, not for me. Admittedly, Nasri flew out of the blocks at the start of the campaign and looked like he’d flourished into a consistent world-beating playmaker at some point over the summer, but the diminutive Frenchman has since faded drastically and hasn’t looked like a genuine goal-threat since at least the turn of the year…roughly.

By way of comparison, Nani has been far more influential, far more consistent and still didn’t even come close to the trinket. 5. “Charlie Adam has been Blackpool’s best player by a country mile.”

He may well have scored a couple of scintillating goals and had plenty of ‘bigger fish’ sniffing around him in January, but for every raking Charlie Adam cross-fielder that finds it’s mark there’s a dozen more (i.e, the ones that don’t make the highlights package) that see Blackpool concede possession far too easily – especially at Premier League level.

I like Adam and I fully appreciatete his creative style of play, but tireless midfield tyke David Vaughan won the Seasider’s Player of the Year award by a fair old margin and I’d wager that Ian Holloway’s side would have been rooted somewhere in the bottom three for months now without DJ Campbell’s well-timed 11-goal sniping haul. 4. “For all the money they’ve spent, Man City must deem this season a failure.”

Yes, the Arab hierarchy at City have ploughed the combined GDP’s of several emerging nations into forging themselves a fourth-placed side, but the key factor must be the break-neck rate of improvement at Eastlands over the past two seasons.

With Champions League football looking like a certainty and an FA Cup final appearance already booked at Wembley next month, things are undeniably on the up and up at City, even if such ‘meagre’ accomplishments don’t exactly scream ‘value for money’ when the balance sheet is given the once-over.

That said, when money’s no object, ‘value’ instantly becomes a bit of an abstract notion anyway. 3. “Stoke have muscled, hustled, bullied and slung their way to mid-table safety again.”

Stoke now have a healthy aggregate of attacking dynamism, aerial bombardiering, skillful wingers and old-school rough-housing that has made them a joy to watch on many occasions this season in a league crowded with boring whingers, largely because the Potters’ squad is stocked with all the necessary attributes to take on their opponents on a deceptively wide variety of footballing fronts.

Yes, they’re competitive, they’re sporadically overly-zealous, they may try to buffet you off the park if needs be and they’re not going to be pushing for Europe anytime soon because they’re not that good – but there’s also a fine thread of players possessive of impatient attacking leanings that runs through Tony Pulis’ colossal squad.

Hands up, I still get irked by the gormless long throw-in – but that’s something I’m learning to deal with within the safe confines and privacy of my support group. 2. “Arsenal have bottled it again.”

True to a point considering their last-minute capitulation during the one game they’ve played with silverware riding on it this term and their flaccid performances at the business end of the domestic schedule but, despite the howls of despair from all quarters, Arsenal have again taken baby-steps forward this term.

After being molly-coddled for so long as an understandable over-reaction on Wenger’s part to his young side being unremittingly attacked on all fronts from the very beginning of their footballing infancy, the spoilt-brat mentality, prima-ballerina tantrums and the delusions of grandeur are all deeply ingrained now and need to be eradicated from the squad’s prissy mindset – but the current Arsenal batch, to my eye, look closer to truly ‘stepping up’ than ever before.

Here’s a telling stat for you courtesy of the Telegraph’s Jeremy Wilson: Before Wenger, Arsenal finished in the top four in 23 out of 92 seasons- under him, it’s 14 out of 14 and counting. 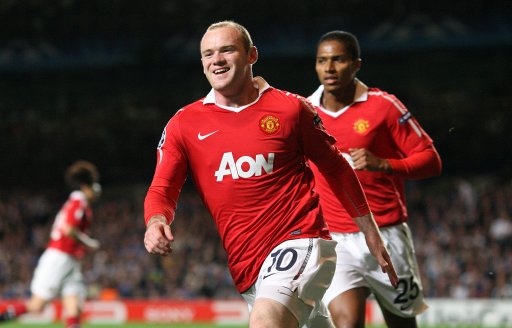 1. “Manchester United will take the title despite being very ordinary this season.”

When the day comes that the Premier League table is calculated by taking a mean average of every player’s Daily Mirror marks-out-of-ten during every game and totting them all up at the season, Sir Alex Ferguson’s champions-elect might start letting the doubt creep in.

As things currently stand, results and therefore ‘points on the board’ will still be the wily Scot’s main concern.