Despite spending a fair amount of money on his Sunderland team, Steve Bruce has endured a rather rubbish start to the season. However, at home to Stoke on Sunday, the Black Cats finally marked their territory by weeing all over the Potters.

Not famed for his goalscoring ability, Titus Bramble opened the scoring while summer signings Craig Gardner and Seb Larsson also helped to give the Black Cats their first win of the new season.

As for Tony Pulis’ players, after that performance they were surely asking for another dressing-room bust-up with their gaffer. 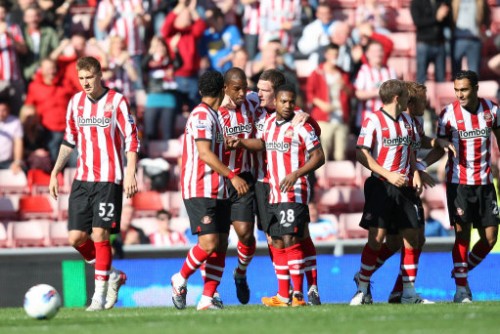 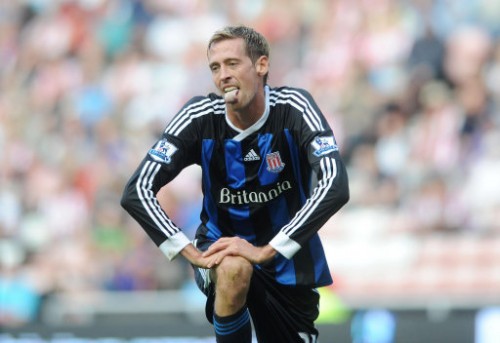 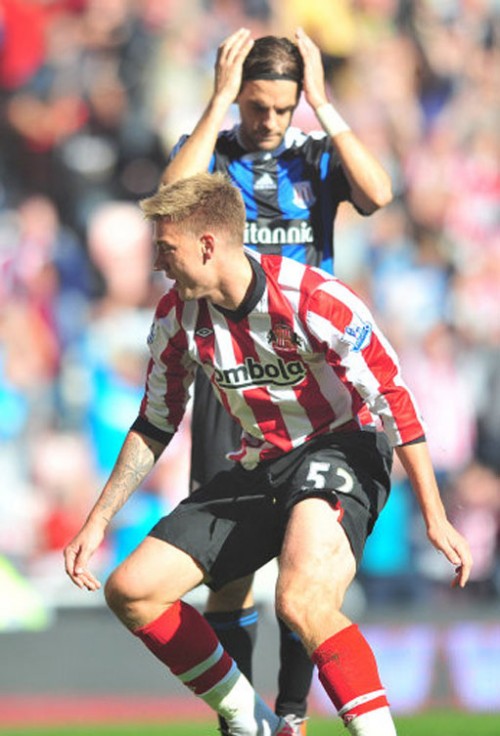 Leaping like a salmon (top cliché), Kenwyne Jones gets his head on the ball 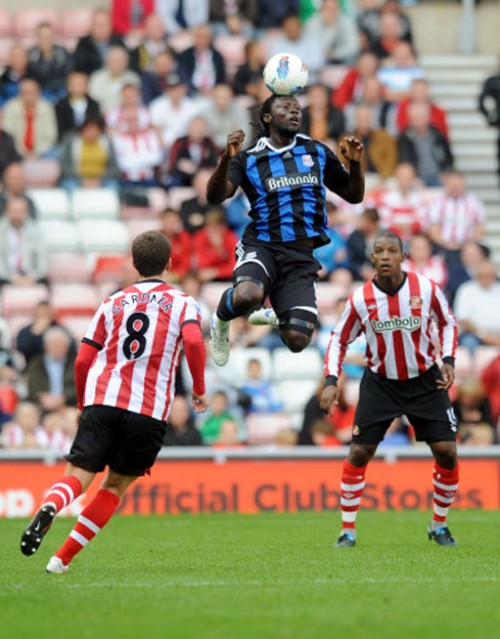 Craig Gardner about to get a friendly slap from Brucie 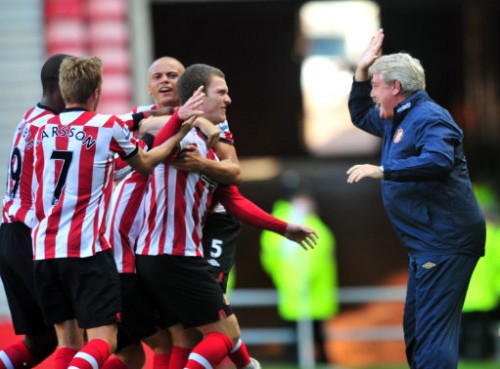 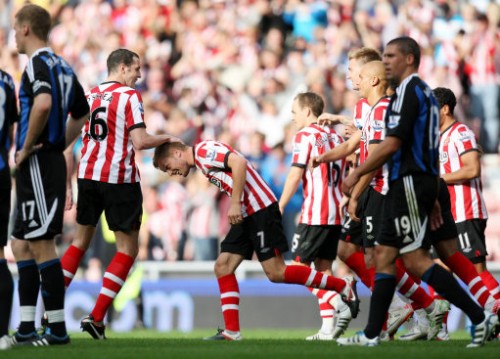 The Stoke fans make their own entertainment 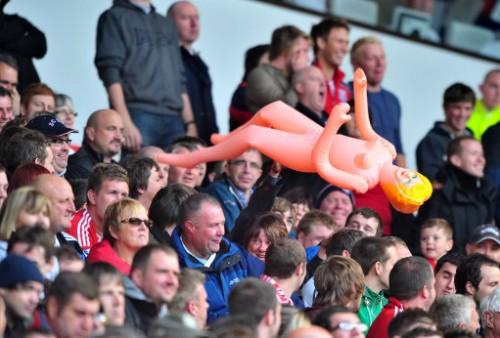