Yin/yang, Light side/Dark side, Siegfried/Roy – the universe states that for every ‘most impressive so far’ list must therefore come a ‘most disappointing so far’ list to readdress the cosmic balance.

Or some such tosh… 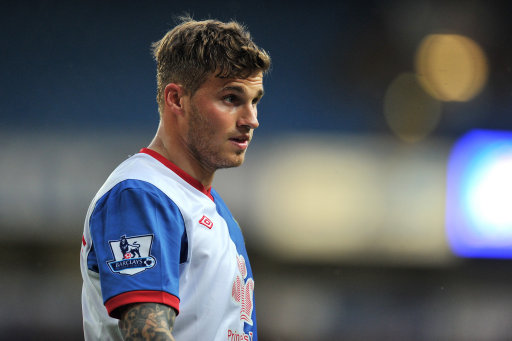 10. David Goodwillie, Blackburn: Not that we were expecting big things from the former Dundee man, but the fact remains (according to Opta) that Goodwillie is yet to register a shot on target in the Premier League this season – which, needless to say, ain’t great for a striker. 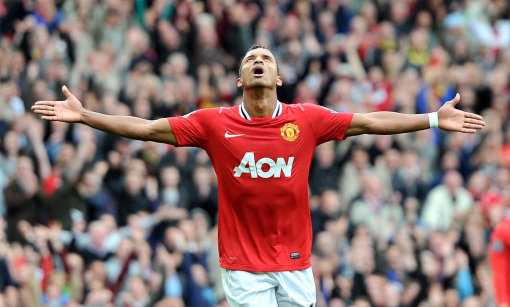 9. Nani, Manchester United: Bear with me here. Nani has been perfectly decent so far after a slow-ish start, even flirting with ‘spectacular’ once or twice but this is the man that a few weeks back announced himself to be on course to becoming the ‘best in the world’ and, so far, we’ve seen him peak and trough as per – with the peaks not nearly as high as last year’s vintage. However, there is still plenty of time to rectify that, hence his relatively low placing on the run-down. 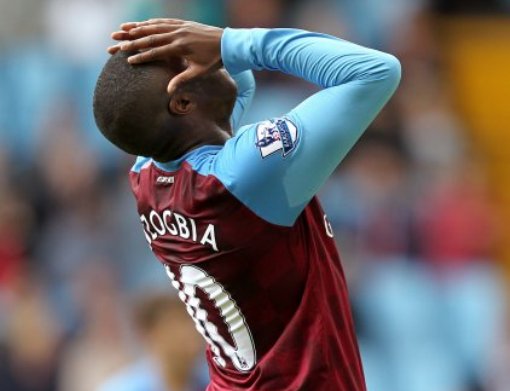 8. Charles N’Zogbia, Aston Villa: The sporadically uppity Frenchman made a fairly tentative start to his career at Villa Park, struggling to involve himself cohesively and fanarking up his ‘end product’ on more than one occasion. That said, he’s definitely been showing signs of improvement over the course of the past couple of games and things look to be on the verge of ‘clicking’ for Monsieur Insomnia. 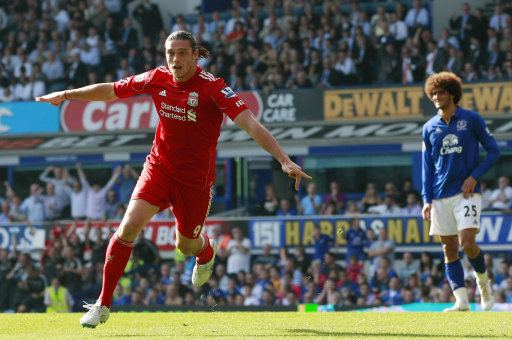 7. Andy Carroll, Liverpool: Carroll’s slightly scuffed goal against Everton on Sunday was his first in the Premier League since April – which, even as a staunch Carroll advocate, I find hard to describe as anything other than ‘a little on the sparse side’. It’s not like he’s been regularly terrorising defences without getting on the scoresheet either. Needs a bit of a break and hopefully his derby goal will prove to be just that. 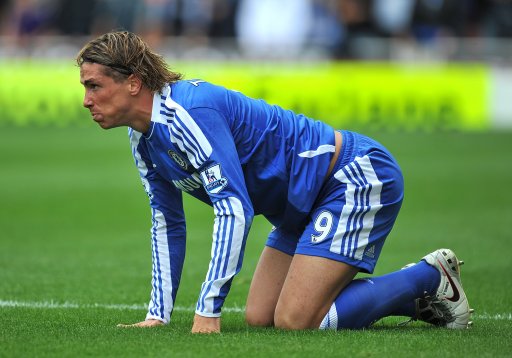 6. Fernando Torres, Chelsea: Ummed and ahhed about his inclusion as he’s not really been that bad at all so far this term – especially considering last season’s woeful travails. Nando’s off-the-ball movement is looking sharp again, if not quite as spry and dynamic as ‘the good old days’, and his superb goal against Manchester United was unfortunately overshadowed by ‘you know what’ – but the cold, hard fact remains that his record, on paper, for a £50-million marquee striker, still doesn’t make for particularly impressive reading. 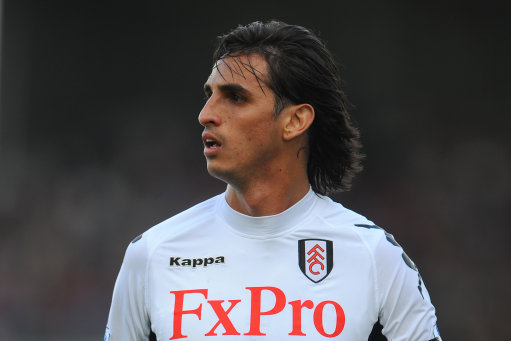 5. Bryan Ruiz, Fulham: He cost £10.6 million a couple of months back (only the second time Fulham have ever broken the £10 million barrier for a player, the first being Andy Johnson) thus becoming The Cottager’s record signing on deadline day and, due to what now seem like wildly erroneous reports of from a Dutch acquaintance, we were really quite excited to see Ruiz try his hand in the Premier League. He has been, in technical terms, utter pap. Here’s hoping he’s ‘yet to adapt’, for Mo Al Fayed’s bank manager’s sake more than anybody else’s. 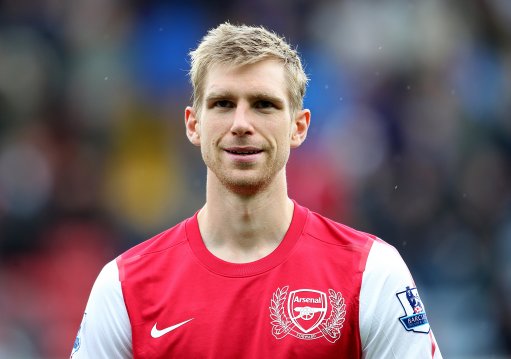 4. Per Mertesacker, Arsenal: The giant German was a hasty deadline-day purchase, bought in to add six-and-a-half feet’s worth of physical presence to Arsenal’s diminutive backline and, as Lawro put it a fortnight or so ago, his addition hasn’t helped one bit. We’ve heard it said for quite some time that he’s slow, positionally lapse and deceptively willowy despite his frame and international acclaim – the Gunner’s are finding that out the hard way at the moment. 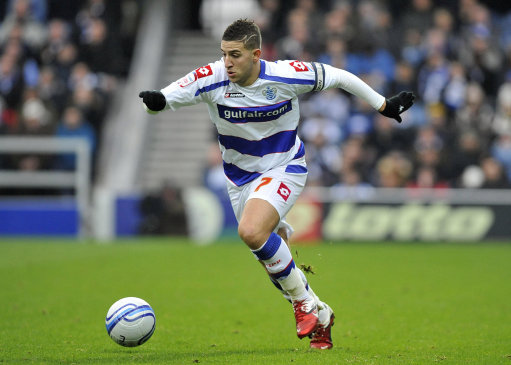 3. Adel Taarabt, QPR: Despite being molly-coddled, bubble-wrapped and treated with kid gloves by Neil Warnock in a desperate bid to pander to his incredibly disproportionate ego, Taarabt has failed to set the ‘big stage’ alight so far – though he’s probably tell you otherwise, or blame his teammates, or manager, or his own mother, etc. The Moroccan has also chalked up more shots on goal (by about ten or so) than any other Premier League player in his first seven games and failed to register with any of them. 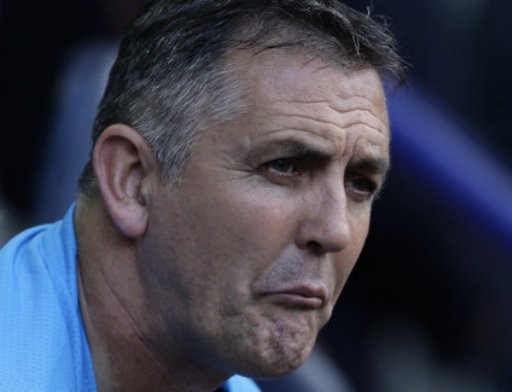 2. Bolton: Owen Coyle’s side currently sit rock-bottom and have started so poorly, it’s impossible to pick just one Trotter out for castigation. True, their early fixture list has been an absolute pig (Man City, Liverpool, Man Utd, Arsenal and Chelsea) but it’s not as if they’ve held their own against the big boys. Indeed, Bolton have now conceded more goals than any other team after seven games in Premier League history and racked up their longest run (5) of consecutive top flight home defeats after getting pasted 5-1 at home by Chelsea last time out. 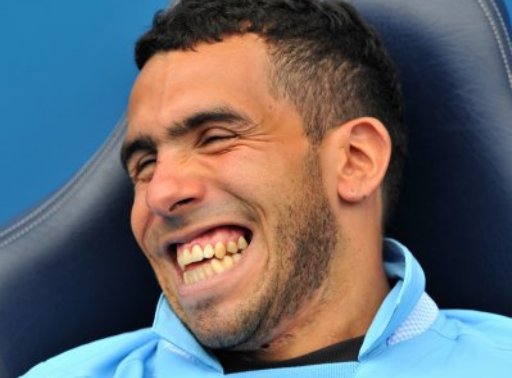 1. Carlos Tevez, Man City: It’s fair to say that Tevez is a victim of his own poor/misguided career choices and that his problems will just keep escalating as long as he’s the cash-cow at the centre of Kia Joorabchian and co.’s money-creaming circle jerk – but he really doesn’t help himself when he does the things he (repeatedly) does. Tevez could and probably should have been an all-time great, but he will now forever be tainted with the ‘prodigiously talented mercenary’ caricature that he seems so keen to keep perpetuating. If that isn’t disappointing, I don’t know what is.

Any poo-poo faces I’ve missed? Feel free to give me a nudge in the comment’s box below…