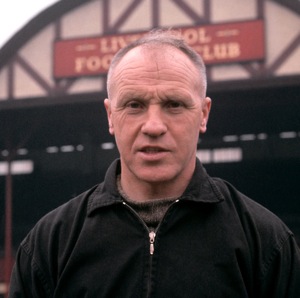 “A lot of football success is in the mind. You must believe you are the best and then make sure that you are. In my time at Anfield we always said we had the best two teams on Merseyside – Liverpool and Liverpool reserves.”

It’s almost impossible to underestimate Bill Shankly’s contribution to the Reds. He transformed Liverpool from Second Division also-rans into one of the biggest and most successful football clubs in Europe. It’s that simple.

Frankly Mr Shankly, we’re not fit to clean your boots.

This week sees the 50th anniversary of Bill Shankly’s appointment as manager of Liverpool – he managed the club from December 1959 until July 1974, winning three league titles, two FA Cups and one UEFA Cup along the way. So, what better time to whack up a nostalgic gallery of Shankly’s time at Anfield: