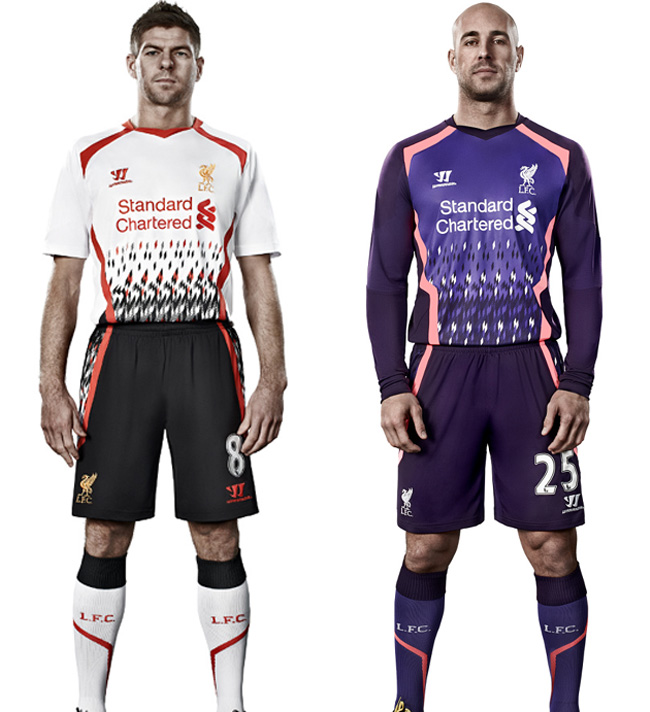 Looking on Twitter in the hour or so since Liverpool’s new away was unveiled, the Reds’ faithful are less than impressed.

I won’t describe what the new Warrior kit looks like as you can see for yourselves, but what seems to be bothering most unimpressed fans is the rather odd chevron/flecked pattern on both the outfield and goalkeeper shirts, which rather reminds me of an Argyle sweater. Is this the straw that finally breaks the camel’s back for Luis Suarez? Will the thought of donning this strange  strip send him running to Real Madrid?

As well the photos there’s also a video of the photoshot itself below.

Personally I don’t think it’s that bad actually. But we want to hear from you Liverpool fans and indeed football fans in general – is this new strip a hit or a miss?