Liverpool’s glorious history is darkened by two horrors: the 1985 Heysel Stadium disaster, in which 39 Juventus supporters were killed at the Euopean Cup Final; and the FA Cup semi-final between Liverpool and Nottingham Forest at Hillsborough Stadium, Sheffield, on 15 April 1989. That terrible day 96 Liverpool fans died.

But it’s not all about the glory or the horror. It’s about the sounds, the people, the city, the unity, the greatest game and the hope it keeps percolating… 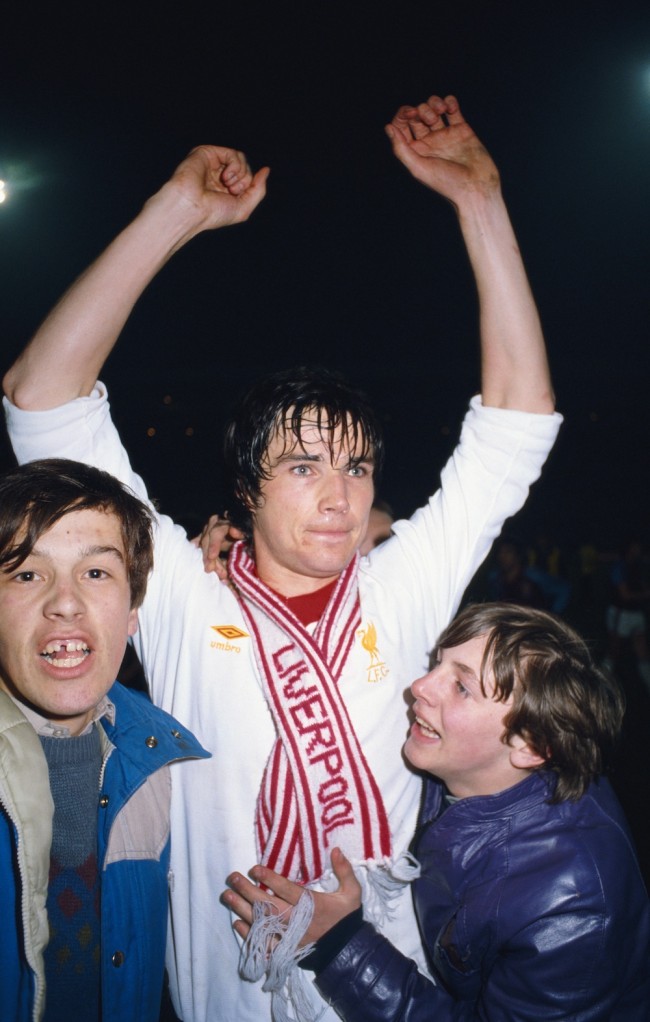 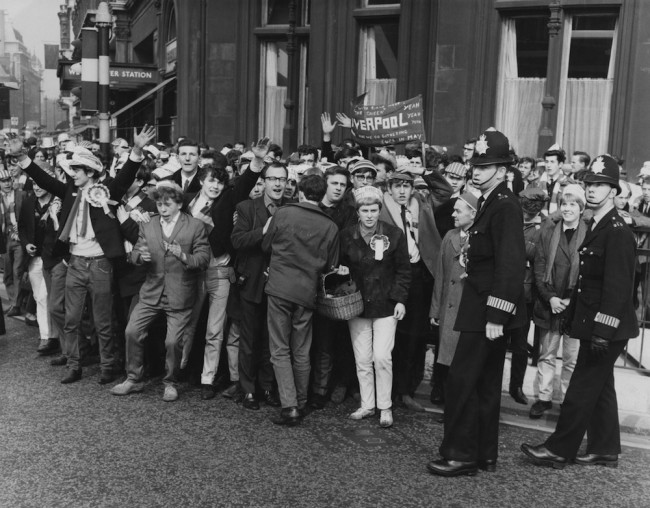 Liverpool fans at Westminster, London, 1st May 1965. They are on their way to see their team play Leeds United in the FA Cup final at Wembley. Liverpool later won the final 2-1. (Photo by Reg Speller/Fox Photos/Hulton Archive/Getty Images) 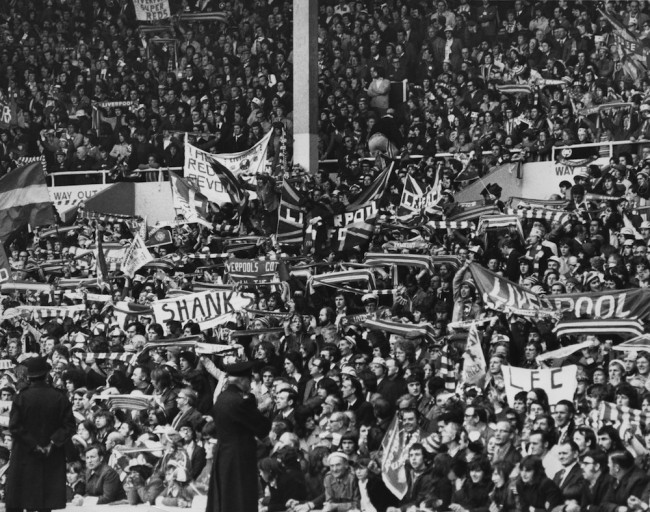 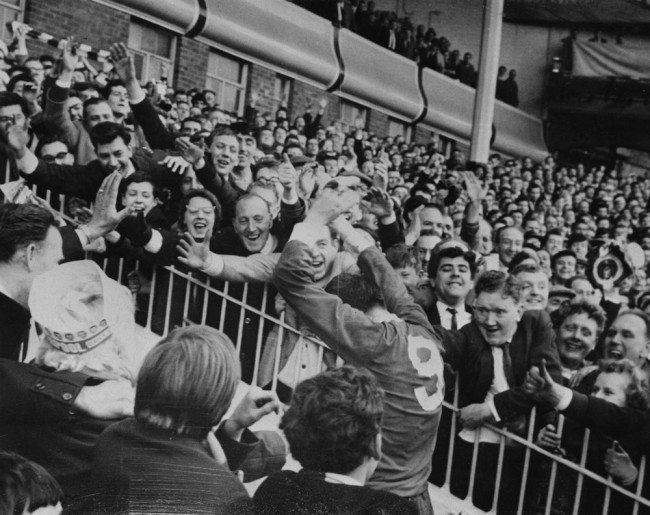 Liverpool centre-forward Ian St John is cheered by fans as he leaves the field after his team beat Chelsea 2-0 in the F.A. Cup semi-final at Villa Park, Birmingham, 28th March 1965. (Photo by Keystone/Hulton Archive/Getty Images) 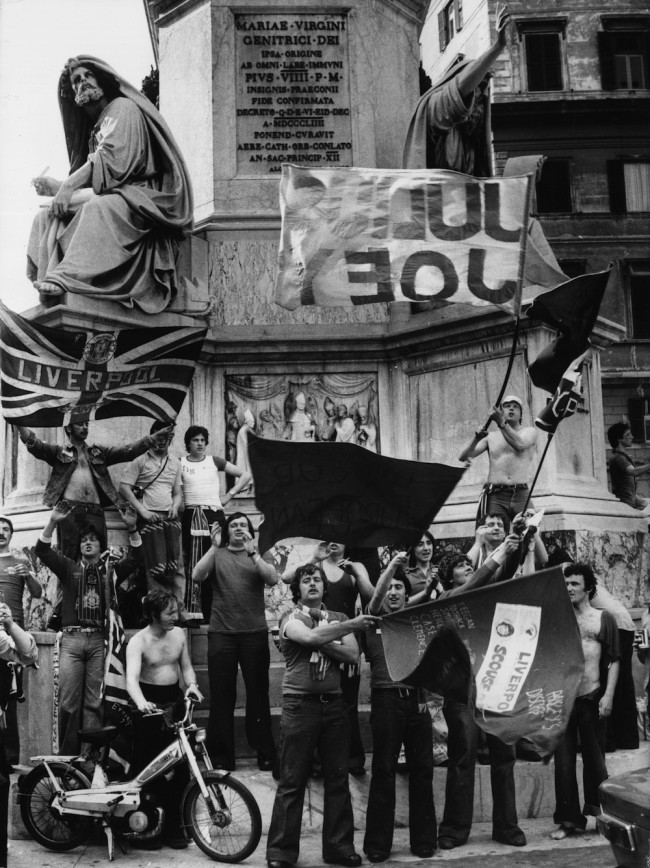 22nd May 1977: Supporters of liverpool FC in the streets of Rome during the final of the European Cup of Champions in which Livepool beat Borussa 3 – 1. (Photo by Keystone/Getty Images)