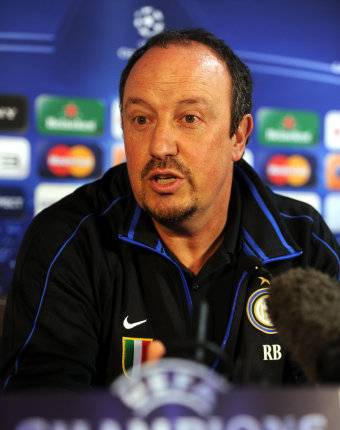 Just weeks after his unfathomable milk-based critique of Liverpool’s former owners, Inter Milan coach Rafa Benitez has delivered yet another cryptic attack on the club, this time focusing on current manager Roy Hodgson – whom he has likened to a ‘priest on a mountain of sugar’.

Responding to accusations made by Hodgson that he had banned Kenny Dalglish from Liverpool’s Melwood training complex during the final few months he spent in charge at Anfield, Benitez said:

“I think that Mr Hodgson, he doesn’t understand. Every single press conference is even worse than the last one. He’s talking about things that he doesn’t know.

Some people cannot see a priest on a mountain of sugar.

I brought back Kenny Dalglish to do a role in the club and Christian Purslow gave him another role. [Hodgson] doesn’t know but I will explain it to him.

Instead of talking about the flips or the flops, he has to concentrate on his players, try to do his best. He has a good job to do.”

Surely now it’s only a matter of time before we see some form of elaborate ‘priest on a sugar mountain’ banner unfurled at Anfield? Overly-verbose banner producers of Merseyside, thy time is nigh.