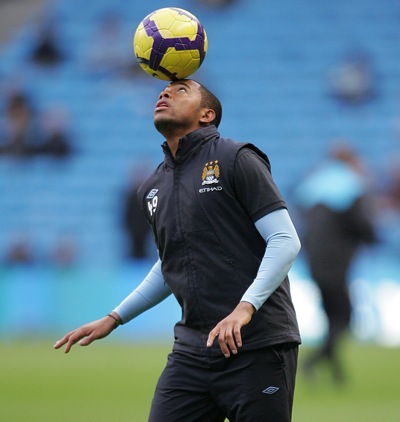 Robinho drives me cowshit crazy. There’s no ‘I’ in team, but appropriately, there is an ‘I’ right in the middle of Robinho. All that skill and yet he wastes it like confetti – it’s an insult to his Man City team-mates and the club’s fans.

The Brazilian must be one of the most selfish players I’ve ever seen in the Premier League. If he showed a fraction of the application of lesser-talented players – James Milner or Luka Modric, for example – he’d be world-class.

But instead he’s a selfish trickster without substance, who says on one hand that he’d quite like to go to Barcelona, then suddenly claims he could stay at Eastlands for a decade. Don’t believe a word this man says. You can’t trust him on the pitch, you can’t trust him off it.

His performance last night at Spurs was shockingly unprofessional – City might as well have played with ten men. He gave absolutely no support to left-back Sylvinho, who was repeatedly shredded by Aaron Lennon. Disgraceful, frankly.

Robinho hasn’t yet been told that football is not one long Nike advert on the beach.

If he has any sense, Mark Hughes should gift-wrap the Brazilian and mail him to Barcelona for free in January, with a bow on top – for if City are to make progress as a team, they’ll be much better off without this fraud.