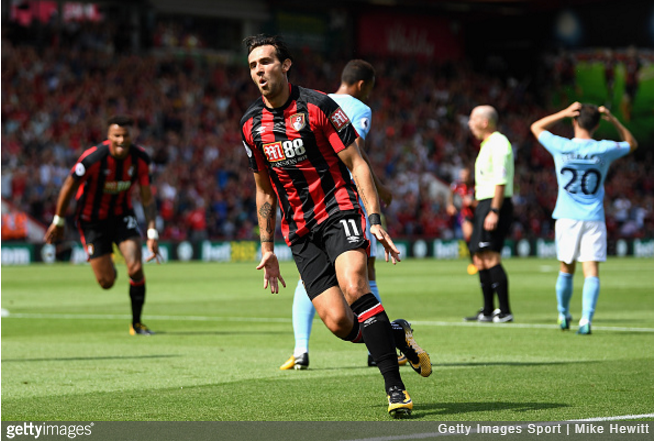 Just 13 minutes had elapsed when Charlie Daniels put Bournemouth ahead against Man City at the Vitality Stadium in the Premier League’s early kick-off.

With the ball bobbling loose on the left-hand edge of the City box, left-back Daniels sent it right back where it came from with a walloping half-volley that pinged in off the underside of the crossbar…

Hell’s bells, what a connection! Sending one in off the bar always provides more of a visceral thrill, too

For the record, Gabriel Jesus equalised for City just eight minutes later, with the score – at time of writing – still standing at a goal apiece.