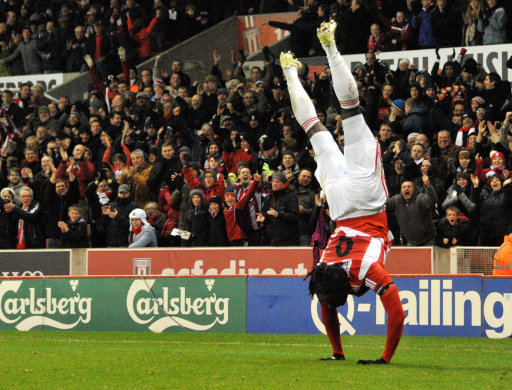 It may well be the preserve of Thursday nights and Channel Five, but the Europa League, now ready for the knock-out stages is still peppered with some of Europe’s big guns. Probably the biggest in the competition, Manchester United, will face another all-time European great, Ajax, in the last 32, a tie which has more than a hint of glamour. The Dutch side are now only a shadow of their former all-conquering selves however, and United should stroll home in this one. Although we did say that about Basel, didn’t we?

Manchester City face another side with bags of European experience, the current holders of the competition, Porto, who will push the Citizens all the way.  Stoke City are no doubt the happiest of the three English clubs to still be in the competition, and their impressive run in the tournament has been rewarded with a game against Valencia, another side with plenty of Euro experience.

Here’s the draw for the last 32 ... (Lazio v Atletico Madrid looks like it could be a cracker)

The draw for the last 16 was also made on Friday, which would see Man City face either Legia Warsaw or Sporting Lisbon,  Stoke meet either Trabzonspor or PSV Eindhoven and Man United face Lokomotiv Moscow or Athletic Bilbao. All of which are potentially winnable ties for the Premier League sides.