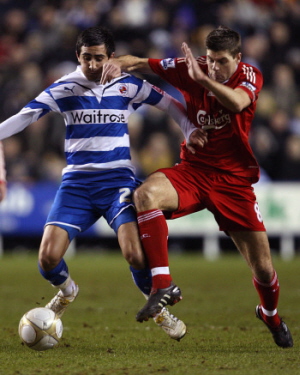 Gerrard catches up on a little light Reading

Rumour No. 1: One of those ‘sources close to/someone in our office reckons’ stories has surfaced this morning as, according to The Daily Star, Liverpool captain Steven Gerrard has one eye on the exit door at Anfield.

After being dumped out of the FA Cup at the hands of Reading earlier this week, Gerrard is desperately seeking a £30 million summer move to Real Madrid or AC Milan in a bid to add more silverware to his mantelpiece after realising that he may struggle to do so at his current club. 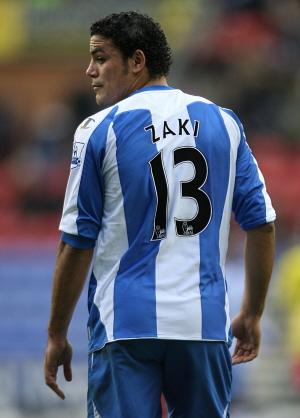 Unlucky for some – most probably Hull

Rumour No. 2: Former Wigan striker Amr Zaki is having talks at Hull City today with a view to signing on a loan deal until the end of the season. If the Egyptian passes a medical later today he will join up with his new team mates tomorrow.

Zaki has been having problems (hard to believe I know…) at his current club Zamalek after falling out with the coaching staff and failing to show up to training on numerous occasions but Hull manager Phil Brown is never-the-less keen to bring the big forward in to rouse his impotent front line.

The Best of the Rest: It has now been made official that Sol Campbell has rejoined Arsenal on a short term contract until the end of the season.

The signing of Campbell has triggered a wave of interest in want-away Arsenal centre back Phillipe Senderos with Everton, Bayern Munich, Real Zaragoza and Atletico Madrid keen on the Swiss international.

Liverpool and AC Milan have targeted Standard Liege front man Milan Jovanovic who is out of contract at the Belgian club in the summer.

CSKA Moscow’s promising winger Milos Krasic has snubbed a £12 million move to Manchester City as he is holding out for a move to either Manchester United or Arsenal.

Aston Villa are lining up a £12 million bid for in demand Sunderland striker Kenwyne Jones.

Sunderland themselves have offered Keiran Richardson to Tottenham, Bolton and Fulham as the midfielder is unhappy at having to play at left back for The Black Cats.

Bolton boss Owen Coyle will discuss a loan move for Arsenal’s Jack Wilshere with Arsene Wenger when the two clubs meet on Sunday.

After it was reported yesterday that Seol Ki-Hyeon had turned down a move to the Hong Kong league, Fulham have cancelled the South Korean’s contract to allow him to move back to his homeland.

Sampdoria have signed AC Milan goalkeeper Marco Storari on loan until the end of the season.

Former Liverpool defender Jan Kromkamp – currently at PSV – is on the verge of retiring after a prolonged struggle with a serious knee injury.

Werder Bremen have rubbished claims that their highly-rated winger Mesut Ozil will join Juventus this month.