Another Pleasant Valley Sunday, here in status symbol land. Here’s the round up… 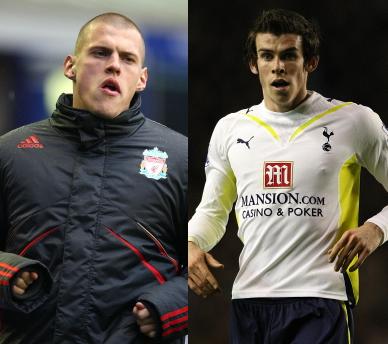 Skrtel and The Monkey Man were hard up for cash…

Rumour No. 1: Juventus are planning a complete summer overhaul of their ailing squad, and will turn to the Premier League for defensive reinforcements.

The Bianconeri are reportedly preparing an £8 million bid for Liverpool’s Slovakian defender Martin Skrtel and a £13 million bid for Tottenham’s resurgent left back Gareth Bale. 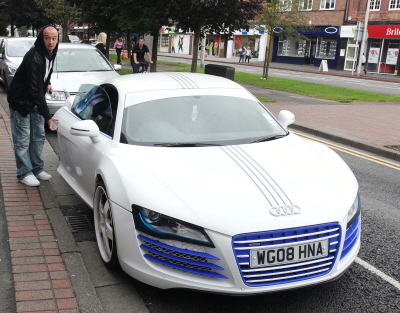 Stephen Ireland: Master of the low-profile

Rumour No. 2: Manchester City boss Roberto Mancini is willing to let playmaker Stephen Ireland leave the club in the summer for the right price.

The news that the 23 year old is apparently surplus to requirements at Eastlands has alerted Manchester United manager Sir Alex Ferguson, who is known to be a ‘huge admirer’ of the Irishman – but Liverpool and Spurs are also waiting in the wings.

The Best of the Rest: Man Utd are also targeting Everton’s Jack Rodwell in a £14 million summer move.

Arsenal attempted a last ditch deadline day move for Stoke ‘keeper Thomas Sorensen but Arsene Wenger left it too late to complete the deal in time.

Chelsea are lining up a summer bid for Borussia Dortmund defender Neven Subotic.

West Ham will sell Matthew Upson to the highest bidder after the World Cup is done and dusted.

Sunderland will allow £20 million’s worth of talent leave in the summer, with Anton Ferdinand, Kieran Richardson and Kenwyne Jones all set to be shown the exit door at The Stadium of Light.

The exodus at Sunderland will make room for the summer aquisitions of Aiden McGeady and Roman Pavlyuchenko.

Stoke’s James Beattie was close to agreeing a deadline day move to Fulham but his £60,000-a-week wage demands scuppered the deal.