Today’s rumours contain scenes of a sexual nature. Here’s the round up… 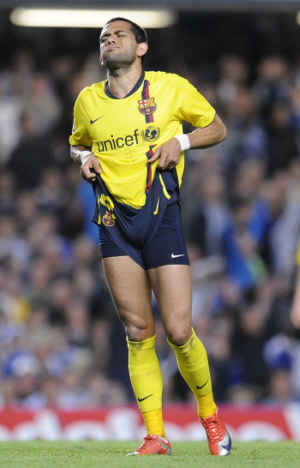 Rumour No. 1: Chelsea manager Carlo Ancelotti has pleaded with Roman Abramovich to fund a £30 million summer swoop for Barcelona’s Dani Alves. Ancelotti is desperate to recruit a new right back after having to deploy Branislav Ivanovic their for most of the season, and Alves fits the Italian’s bill perfectly. 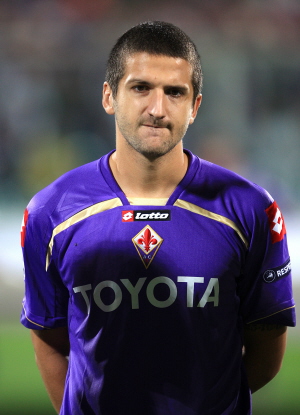 Gamberini worth a gamble?

Rumour No. 2: Manchester City boss Roberto Mancini sent a fleet of scouts to watch Fiorentina centre back Alessandro Gamberini at the weekend. The Italian defender is high on Mancini’s wishlist and a summer move to Eastlands may be on the cards for the 28 year old.

The Best Of The Rest: A Catalan radio station has reported that ‘Cesc Fabregas has verbally agreed to join Barcelona in the summer. Pretty much inevitable now then!

Manchester United are chasing a pair of children in Roma’s Valerio Verre and Filippo Cipriani, who are both 15 years old.

Milan Jovanovic‘s agent has confirmed that the Standard Liege hitman will be a Liverpool player as of next season.

Stephen Ireland has conceded that his future may lie away from Man City after falling down the pecking order at Eastlands.

Sunderland striker Benjani wishes to make his loan move from Man City into a permanent deal.

Wigan Athletic and Sunderland are to compete for the signature of Cruz Azul’s Paraguayan international Christian Riveros in the summer.

AC Milan will not be held to ransom for Wolfsburg striker Edin Dzeko. The German club are holding out for €40 million for the Bosnian forward but The Rossoneri cannot afford that kind of outlay.