I completely forgot that I hadn’t finished this Greatest Prem Goals of the Decade series, so thanks to Paddy for reminding me to pick it up. Where was I? Ah yes, a moment of Va Va Holy Shit Did You See That! by Monsieur Henry at Highbury, against arch rivals Man Utd in 2000: 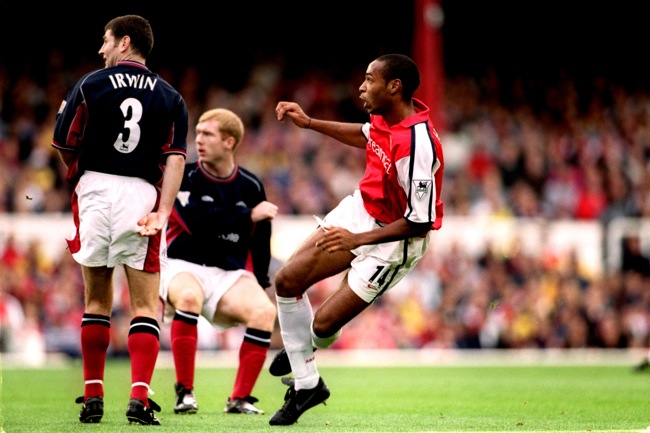 Stunning because it’s so unexpected. Hot spuds, Henry was a lot of fun to watch in an Arsenal shirt. Don’t tell anyone I said that.