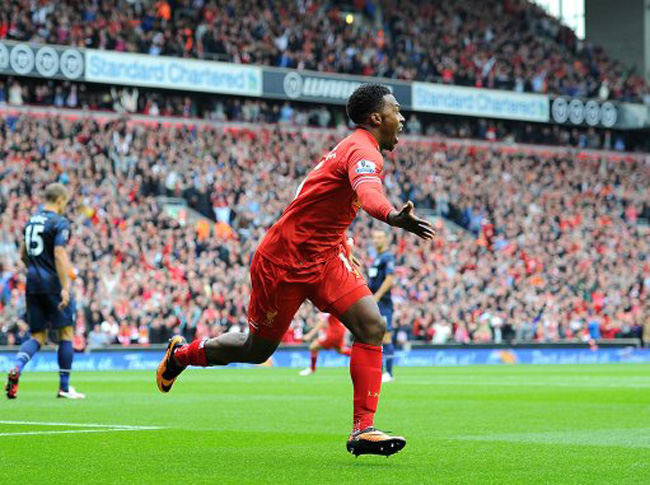 Daniel Sturridge is currently basking in quite outstanding run of form and at Anfield on Sunday, the England man was once again the goal-hero for Liverpool, netting the only goal of the game to down David Moyes’ Manchester United, who were without the injured Wayne Rooney

Sturridge’s goal came courtesy of a very clever finish, with the former Chelsea man dipping to head home from close-range. That goal came after just four minutes but throughout the game the visitors struggled to find a way though Liverpool’s backline, although after the break, both Ashley Young and then Robin Van Persie, both went close.

However, overall, the home side deserved the win as Moyes’ dreadful record at Anfield continued.