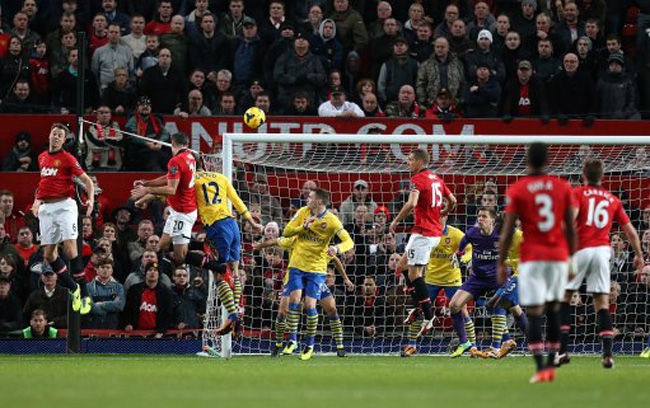 A rather jaded-looking Arsenal side were beaten at Old Trafford on Sunday, with ex-Gunner Robin Van Persie nodding home the only goal of the game in the first-half.

The home side had the greater share of possession in the first period, with Wayne Rooney and Van Persie looking sharper than the under-par likes of Mesut Ozil and Olivier Giroud.  The goal came just before the half-hour mark, with RVP heading home from a corner, beating an Arsenal defence shorn of the ill Per Mertesacker.

In the second-half, the Gunners started to play, with the introduction of Jack Wilshere for Mathieu Flamini kickstarting his side’s creativity. However, with Phil Jones outstanding after moving back into the centre of defence, the Gunners couldn’t find that all important goal.

The result still sees Arsenal two points clear at the top of the table ahead of the international break but for the Red Devils, it keeps them in touch with the leaders as David Moyes’ men continue to pick up the pace in this campaign.