The gossip is all a bit Liverpool heavy this morning. Here’s the round up… 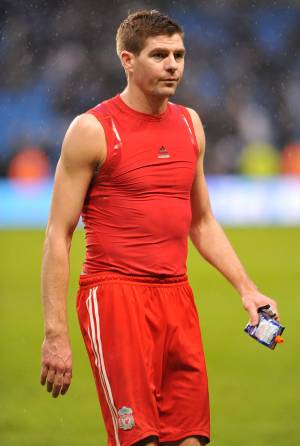 It takes a real man to go sleeveless

Rumour No. 1: Inter Milan are to launch another bid for Liverpool captain Steven Gerrard, but only once Jose Mourinho has renewed his contract at the San Siro.

Inter President Massimo Moratti is eager for ‘The Special One’ to extend his deal from 2012 to 2013 (with a €2 million pay rise), and Moratti will offer an extra incentive by making the necessary funds available to strengthen the squad however Mourinho sees fit – with the acquisition of the England man being his top priority.

Gerrard has repeatedly stated his reluctance to leave his beloved hometown club, but the prospect of a Champions League-less season next term may force him to reconsider his future at Anfield. 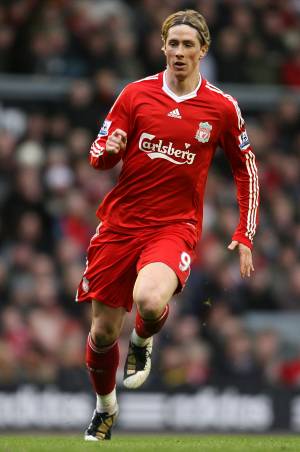 Rumour No. 2: Liverpool’s talismanic striker Fernando Torres has admitted in an interview with Sport magazine that he ‘couldn’t play for another club in England’ after enjoying such a successful time at Anfield – good news so far for ‘Pool fans…

However, he is also quoted as saying that the only club he could see himself leaving Merseyside for is Barcelona. Ah.

The Best of the Rest: Manchester City are on ‘red alert’ because Gonzalo Higuain has reportedly rejected the offer of a new contract at Real Madrid.

Speaking of Arsenal, The Gunners are apparently still tracking Felipe Melo, who joined Juventus in the summer after snubbing a move to The Emirates.

Wigan and Stoke are sniffing round Serbian defender Dusko Tosic, who is a free agent after being released by Portsmouth.

Wolves are planning to pinch Man City striker Benjani from under the noses of Sunderland (where the Zimbabwean is currently on loan) and West Ham in the summer.