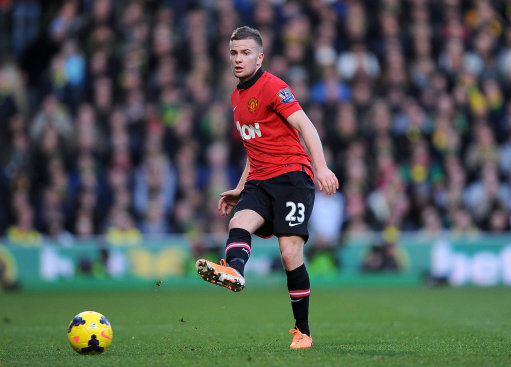 With Aston Villa lodging an £8million bid for Tom Cleverley on Thursday afternoon, it would appear that a mini-bidding skirmish centred around the Manchester United midfielder has whipped up overnight.

According to Sky Sports News’ yellow BREAKING NEWS foghorn this morning, Valencia have entered the fray and matched Villa’s offer with an £8million bid of their very own.

The thinking behind it is that Los Che have grown tired of trying to talk Benfica into letting go of Enzo Perez and have now switched their sights to acquiring Cleverley – who is, we have it on fairly good authority, rated quite highly in certain Spanish footballing circles.

In all seriousness, ‘Clevz’ just needs to get the hell out of dodge and try his hand again at a smaller club with a fanbase less inclined to mock/petition his every sideways pass.

The poor guy just needs to find a shard of appreciation in this cold, indifferent world if he’s going to start re-building his absolutely knackered confidence.