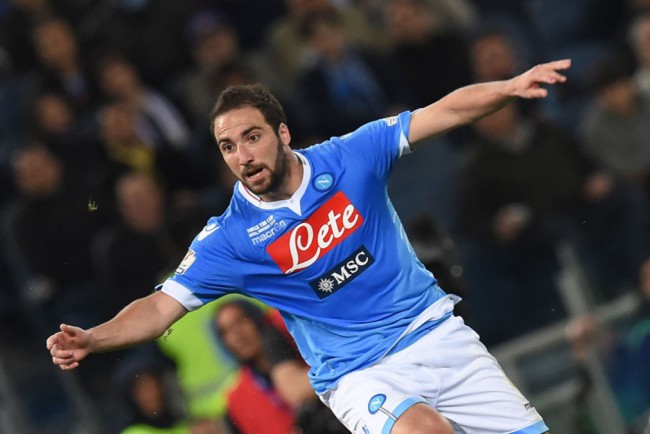 The way to keep John Stones from leaving Everton is for the club’s fans to make him “flee” his Widnes home and hide out in a hotel. Well, so says the Sun – and who in Liverpool can doubt the veracity of that paper’s reporting on the Merseyside teams?

As it is, Everton have put Stones in his place by refusing to sell the player.

No news on how fans of Wolfsburg have taken the news that Kevin de Bruyne will head to Manchester City for a weekly retainer of £200,000, says the Telegraph, or £300,000 a week if you believe the Daily Mirror.

Sunderland are in the hunt for Sweden’s attacking midfielder Ola Toivonen. The Mackems want to take the 29-year-old, on a season-long loan from Rennes, where he has scored 14 goals in 46 matches. Ola played under current Sunderland manager Dick Advocaat at PSV Eindhoven, who profiles the player thus: “He’s an attacking midfielder who can score goals and is good in the air – he will bring something different to the team.”

David de Gea “looks set to stay” at Manchester United, says the Daily Telegraph. United are “not expecting a bid” from Real Madrid before the transfer deadline. But the Daily Express says Real are “optimistic” they will sign De Gea before the window closes.

Another on his way to Turkey – maybe – is Chelsea and Nigeria midfielder John Mikel Obi, 28. Besiktas are keen on the uninspiring midfielder, says the Daily Mirror.

The Guardian says Norwich have offered £1.5m for Stoke City’s never-say-die Jonathan Walters. Stoke say that offer is laughably low, which it is.

The Times relays news from Chinese media that Chelsea are after Zhang Linpeng, who plays for (it says here) Guangzhou Evergrande.

Also in the Times news that West Ham United still want Tottenham’s Emmanuel Adebayor. The 31-year-old former Arsenal and Manchester City striker turned down the chance to reunite with Tim Sherwood at Aston Villa because he wanted to stay in London. Adebayor is in the last year is a contract worth £100,000-a-week. West Ham think he’s worth it.

According to the Daily Express, Arsenal will offer £59m for Napoli’s Gonzalo Higuain. The Italians will reject that vast sum and only sell in January for reasons that are as clear as mud.

Which gives us an excuse (as if we need one) to republish this scoop from the Sun: 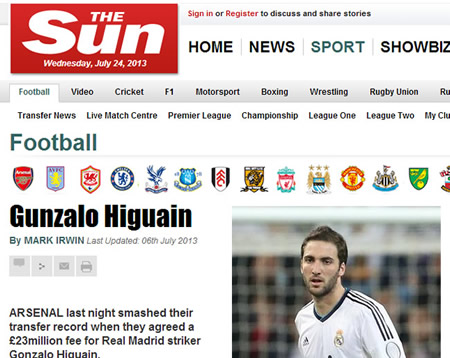