Man of the moment and lover of all things Japanese Jamie Vardy set a new Premier League record, courtesy of yet another scoring performance (his 11th in a row), this time in a 1-1 draw with Manchester United. 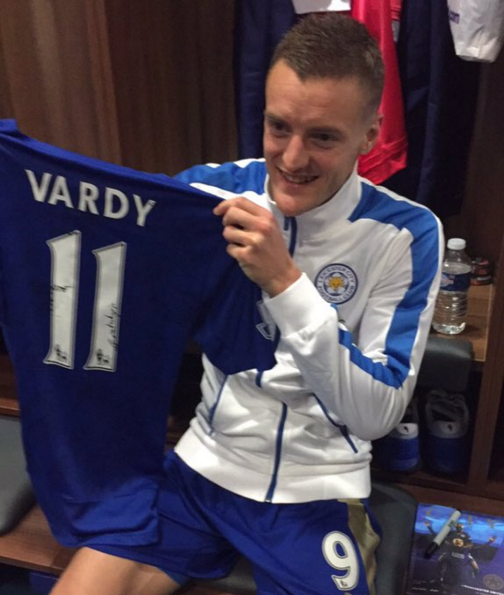 The Red Devils started with three at the back, but they struggled to deal with Riyad Mahrez, who, like Vardy, has been superb this season. However, on 24 minutes, it was Vardy who would take all the plaudits once again, with the striker running on to Christian Fuchs’ superb pass before firing past David De Gea in the United goal.

While Vardy shone, his United counterpart Wayne Rooney toiled once again in attack for the visitors. However, the equaliser did eventually come, with Bastian Schweinsteiger heading home from close range. After the break, both sides pushed for a winner which would propel them above Manchester City and to the top the league. But ultimately both sides had to settle for a point, which sees the Foxes go second, level on points with City while United are third, a point behind.