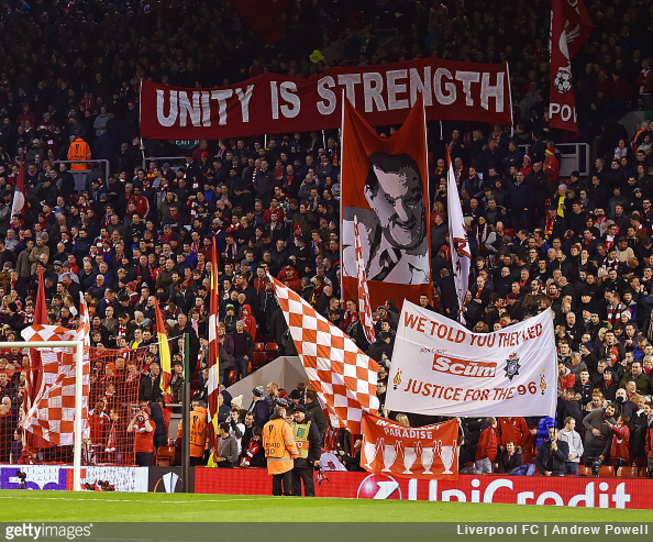 UEFA have confirmed that Manchester United will not be punished after their fans sang offensive chants about the Hillsborough disaster during last week’s Europa League game against Liverpool.

The away fans at Anfield could clearly be heard singing “The Sun was right, you’re murderers” at several junctures throughout the game. We thoroughly doubt you need the implication explained.

However, United have managed to escape sanctions as the chants were not included in the referee’s report, leaving UEFA with no disciplinary case to answer.

We inform you that the reports of the match officials did not include any mention of the alleged incidents, therefore no disciplinary proceedings have been opened for this.

UEFA also confirmed that they will be paying much closer attention to the chanting when the two teams meet again at Old Trafford this coming Thursday.

It’d be just plum dandy if everybody in attendance could just act like sodding grown-ups for once.