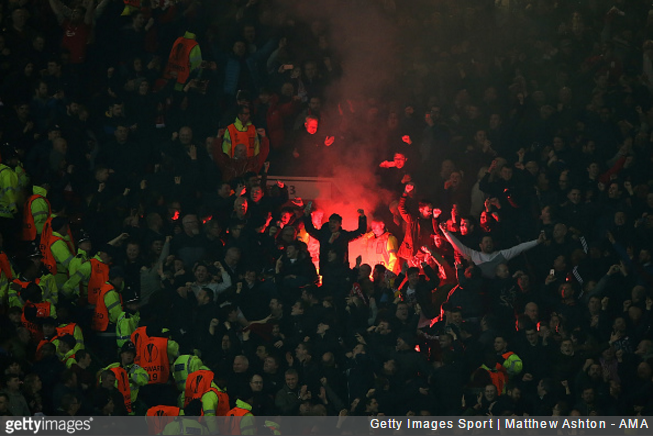 Both Manchester United and Liverpool have been charged by UEFA after crowd trouble permeated the Europa League game between the two sides at Old Trafford last night.

The two teams were warned that UEFA were keeping a keen eye out for trouble after United fans aimed the usual pathetic ‘Hillsborough’ chants at the home support during the first leg at Anfield the week prior.

However, that didn’t stop the two sets of fans going at each other again, with fans photographed brawling in the stands as various objects were hurled hither and thither.

UEFA have also taken umbrage at flares being lit, stairways being blocked and – yep, you guessed it – more crass chants being sung.

The case will be heard by UEFA’s control, ethics and disciplinary body on 19th May, the day after the Europa League Final.