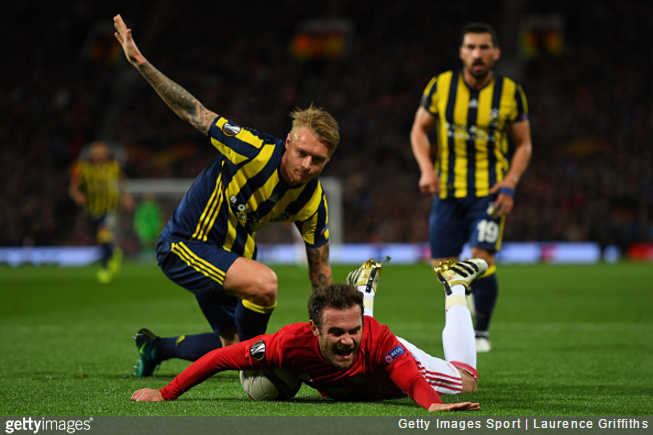 After an opening half-hour of trudge, two successfully converted penalties in the space of two minutes saw Manchester United take the upper hand in their 4-1 win over Fenerbahce in the Europa League on Thursday evening.

The first spot-kick came about when Juan Mata pulled Michael Carrick’s long through-ball out of the ether with a lovely first touch only to be gently bundled over in the box by Fener defender Simon Kjaer.

Replays duly showed that, in the act of falling to terra firma, Mata had taken a large mouthful of the Old Trafford turf – footage that the Spanish forward later presented as his “true highlight” of the game, much to the amusement of his social media followers… and David de Gea.

Thankfully, no emergency orthodontic work was required and Mata was able to laugh the face-plant off with a full compliment of teeth.