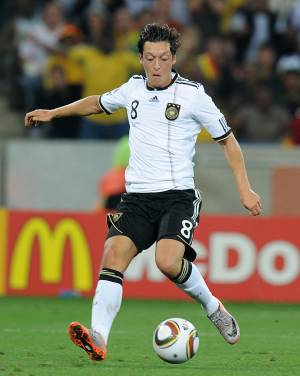 Reminiscent of a young Peter Lorre?

Rumour No. 1: Chelsea are ready to re-join Arsenal and Manchester City in the race to sign German international star Mesut Özil from Werder Bremen.

Özil impressed for his country during their opening game demolition of Australia in Durban last week, fueling speculation that the £20-million-rated midfielder will not be playing for Bremen next season.

Chelsea are believed to have a slight advantage of their rivals, as the London club made tentative enquiries about the 21-year-old when he left Schalke to join Die Grün-Weißen two years ago. 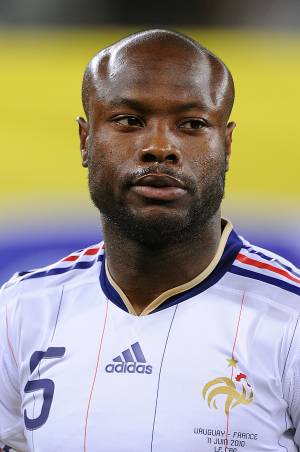 “What’s wrong with your head William?”

The Frenchman is set to become a free-agent when his current deal at the Emirates expires on June 30th and, after refusing to compromise on a further one-year deal, looks increasingly likely to be playing his football elsewhere next season.

The Best of the Rest: Valencia’s €30-million-rated winger David Silva has had a change of heart, and is now said to be weighing up a move to the Premier League with either Chelsea or (rather unsurprisingly) Manchester City – after initially admitting his reluctance to leave Spain last week.

Manchester City are still hopeful of tempting James Milner to Eastlands at some point over the summer, after learning that Aston Villa do not plan to open contract discussions with the 24-year-old midfielder until after the World Cup.

Manchester United are eyeing a move for Real Madrid striker Gonzalo Higuain, who may be surplus to requirements once Jose Mourinho overhauls his new squad this summer.

Arsenal have tied up a £500,000 deal to sign Feyenoord’s 16-year-old midfielder Kyle Ebecilio once the youngster becomes available on July 1st.

Cesc Fabregas has been bumped off the top of Barcelona’s ‘wanted list’ as incoming president Sandro Rosell would prefer to secure the signing of Fernando Torres before attempting to bring the Arsenal midfielder to the Camp Nou.

Barca have also told Arsenal that they will pay no more than £40 million for their Spanish captain.

The Gunners have also cooled their interest in Lorient defender Laurent Koscielny as the French side’s £8 million valuation is a little rich for their taste.

Fulham have made an official approach for Aston Villa midfielder Steve Sidwell.

Birmingham target Fabrizio Miccoli has said that he now wishes to remain in Italy with Palermo.

Sunderland have apparently been doing a fair share of scouting at the World Cup as they are considering bids for Paraguayan striker Nelson Valdez (£8 million) and German defender Heiko Westermann (£6 million).

Wigan are hopeful of tying up a deal for Honduran international midfielder Emiliano Izaguierre after the World Cup.