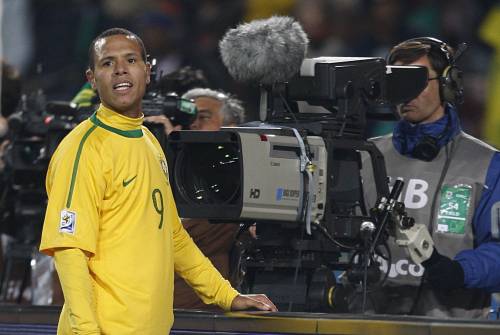 Rumour No. 1: The agent of Brazilian striker Luis Fabiano has played down the speculation linking his client with a summer move to Manchester United or AC Milan.

Fabiano has a year left on his contract with Sevilla, although there is a buy-out clause in his deal that means the 29-year-old would be able to leave the Rojiblancos for around £25 million. 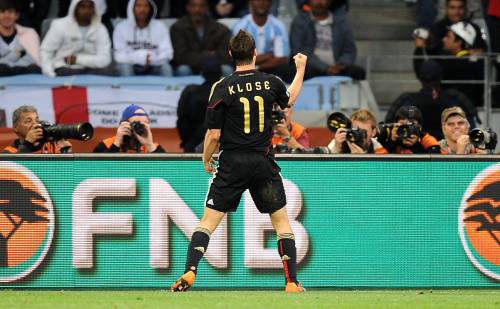 Rumour No. 2: West Ham co-owner David Sullivan has revealed that the club were due to sign Miroslav Klose this summer, but the German striker’s stand-out performances at the World Cup have now made the deal ‘unlikely’.

“We had a deal in place before the World Cup, after [Klose] had a bad season in Germany. However, as a result of what he has done at the World Cup, it’s unlikely to happen.”

It also looks like the Hammers’ £3 million deal to sign Lyon striker Feredric Piquionne has fallen through, as the club’s coach Claude Puel wants to hang on to the rangy forward.

The Best of the Rest: Manchester City will end their interest in Aston Villa midfielder James Milner if their improved £24 million offer is rejected.

City have also been told they will have to pay £19 million if they want to sign Lazio’s Serbian right-back Aleksandar Kolarov.

Arsenal and Tottenham are chasing Manchester City’s out-of-favour winger Shaun Wright-Phillips, who could be available for as little as £6 million.

Juventus will attempt to prise left-back Gael Clichy away from Arsenal if they should lose Fabio Grosso to Atletico Madrid.

Monaco forward Eidur Godjohnsen is in talks with Tottenham over a second loan move to White Hart Lane.

Liverpool hope to sell Emiliano Insua to Fiorentina for £5 million and use the windfall to sign Maynor Figueroa from Wigan.

There is a chance that David James will remain at Portsmouth next season, after the England ‘keeper held positive talks with the club’s management.