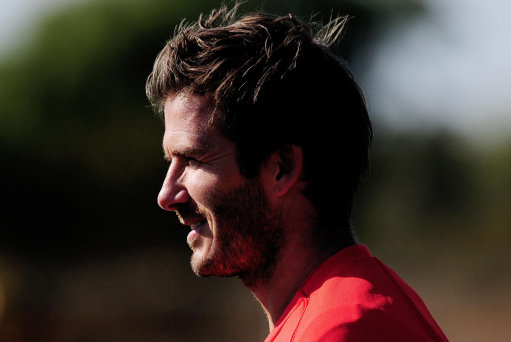 Rumour No. 1: L.A Galaxy’s prize cash cow David Beckham has apparently promised to give West Ham a decision as to whether he plans to end his career at the club ‘during the next few months’.

Beckham was born in east London and has hinted before that he may finish up at the Hammers, and co-owner David Gold has now revealed that the two parties have held preliminary talks over a move;

“We had some discussions with David’s agents a few months ago and it was a possibility. He’s preoccupied with a number of projects at the moment but he’s promised he will give every consideration to the possibility of joining us.” 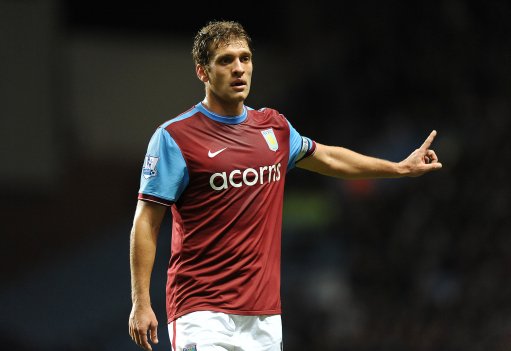 Rumour No. 2: After watching him expertly pick out Robbie Savage‘s snooter in the media gantry from 60 yards away last season, Liverpool have decided that Aston Villa anchor Stiliyan Petrov is the man they want to replace the seemingly outbound Javier Mascherano in their midfield spine.

Manager Roy Hodgson is said to be a known admirer of the Bulgarian international’s style of play, and is therefore ready to offer Villa upwards of £7 million in order to tempt them into selling.

The Best of the Rest: Aston Villa full-back Luke Young‘s prospective £2.5 million switch to Liverpool is in jeopardy as he is seeking a ‘contract reimbursement’ from Villa in order to take a wage drop at Anfield.

Arsenal are in talks with Bundesliga side Stuttgart over a £10 million move for their German international defender Sedar Tasci.

United are also close to wrapping up an £6.75 million deal for Ghanaian midfielder Anthony Annan, who currently plays his club football in Norway with Rosenborg.

Chelsea are hoping to complete the £17 million signing of Benfica midfielder Ramires before the Premier League season gets underway.

Tottenham are hoping a cheeky £4 million bid for Craig Bellamy will be just enough to tempt Manchester City into offloading the volatile forward.

West Ham have been linked with moves for former Marseille defender Laurent Bonnart (who is currently a free agent) and Vitesse Arnhem ‘keeper Piet Velthuizen.

Wigan and Sunderland are both in the hunt for £7-million-rated Chilean striker Humberto Suazo, who plays for Mexican side Monterrey.

Blackburn have agreed to sell Australian midfielder Vince Grella to Galatasaray for £2 million.

Championship side Bristol City have offered a twelve-month contract to Portsmouth ‘keeper David James, who is scheduled to hold talks with Celtic over the next few days.