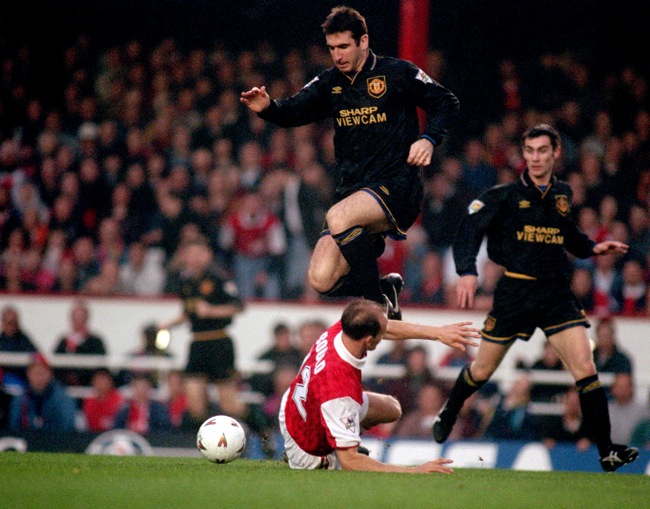 What is it about away kits that bring out the best and worst in shirt manufacturers? For Manchester United the worst are the infamous grey, and the Sheffield Wednesday-esque blue-and-white of the 90s. But the best is an away kit too…

When it came to choosing my favourite United kit of all time I was pleasantly surprised to learn that the players and I are in complete agreement. The back and gold away kit worn between 1993 and 1995 is without question THE best ever worn, and the players voted it as such not long ago.

Not only did it replace the upsetting and revolting royal blue 92/93 kit, with its ugly black badge pattern, it was the shirt worn by a certain Frenchman when he launched his infamous kung-fu attack at Crystal Palace.

Not a moment to be proud of, for the player or the club, but still (perhaps wrongly) remembered with affection by the United support. For me though it summed up what that black kit was all about. It symbolised the toughness of the team, the uncompromising side that was also sprinkled with pace and skill. 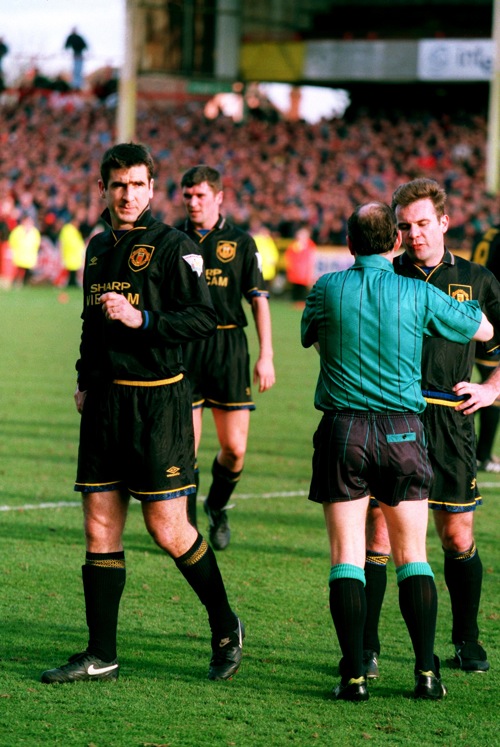 I was delighted when our own hardmen ran out in that Sharp Viewcam-sponsored shirt. I’m talking Bruce, Robson, Ince and, of course, Cantona. In red they were feared, in black they instilled terror. Even the youthful and wiry Ryan Giggs looked like he could give it out as well as take it.

Overall though, the black and gold was just COOL. It’s just a shame it was worn when Blackburn pipped us to the title in 1995.

A special mention must go to the green-and-gold third kit worn between 1992 and 1994, commemorating the first kit ever worn by the club under the name Newton Heath in 1892. Classy.

But the black would still shade it, if you excuse the pun.