Euro links for your enjoyment 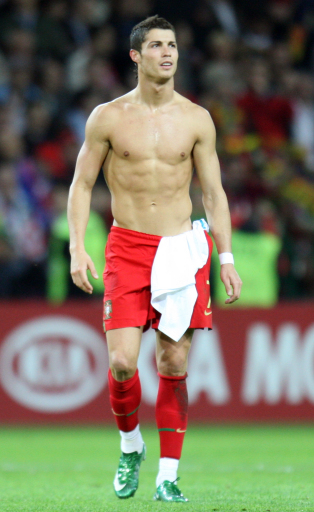 C-Ron voted the hottest player involved in Euro 2008, according to poll of 12,000 women (he hasn’t slept with them all). [MSN Sport]
Dutch striker Ruud van Nistelrooy’s opening goal in the win over Italy was legitimate, says Premier League referees’ chief Keith Hackett. So there. [BBC]
And some non-Euro 2008 titbits…

Cardiff starlet Aaron Ramsey risks wrath of Fergie by choosing Arsenal over Man Utd [Republik of Mancunia]
Peter Crouch has reacted angrily after learning he will be forced to rot in Liverpool’s reserves until he is sold. [The Sun]
Gareth Barry wants to quit Villa. He finally told Martin O’Neill he wants to go to Liverpool. The 27-year-old skipper phoned the Irishman to communicate his desire to move to Anfield. [Birmingham Mail]
Kaka says he’d love to play for Man Utd. [Footy Latest]