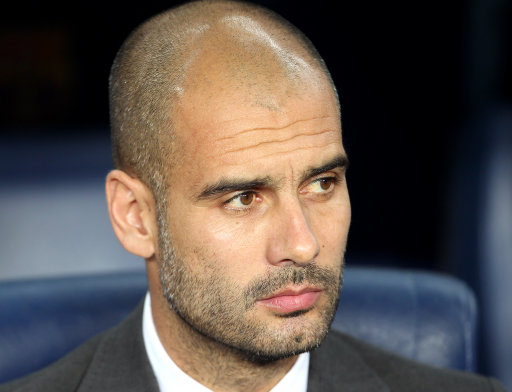 The agent of Barcelona coach Pep Guardiola has rubbished rumours that his client is being courted by most of European football’s biggest fish, claiming that no contact has been made with any club – be it Inter Milan, Chelsea or Manchester United.

Jose Maria Orobitg (I’ve checked, it’s not a typo) is insistent that Guardiola is more than happy at Barca and will still be on the sidelines at the Camp Nou next season – provided his upcoming contract renewal talks pass without a hitch.

“At this moment there is nothing with another club. I have not had any direct contact with Inter, only questions by other agents, but we are not currently contemplating a departure.

“Guardiola’s contract is expiring in June, it is too early to begin negotiations for the renewal, but Pep has always preferred to renew from year to year.

“Then in football you never know. Chelsea and Manchester United? No, I have not had any contact with them.

“I think that next season Pep will still be on Barcelona’s bench. He’s very well here, is very Catalan and is a special coach”.

Yep, Pep’s going nowhere fast mis amigos, and why would he?