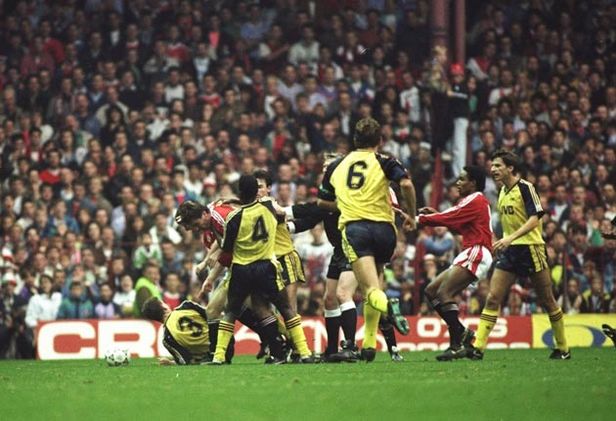 Back on this day in 1990, Manchester United and Arsenal clashed at Old Trafford in a game which would  sow the seeds of much thuggery between the two clubs in the years to follow.

Nigel “Nutty” Winterburn tackled Brian McClair, who then kicked seven shades of s**t out of the Arsenal left-back. Suddenly, there were 21 players involved in a massive, highly entertaining brawl. Indeed, David Seaman was the only player not to get involved.

Arsenal went on to win the game 1-0 courtesy of a clever Anders Limpar strike although both sides were docked points following the scrap, United one point and Arsenal two.

The Gunners would eventually go on to win the league that season, losing only one game in the process.