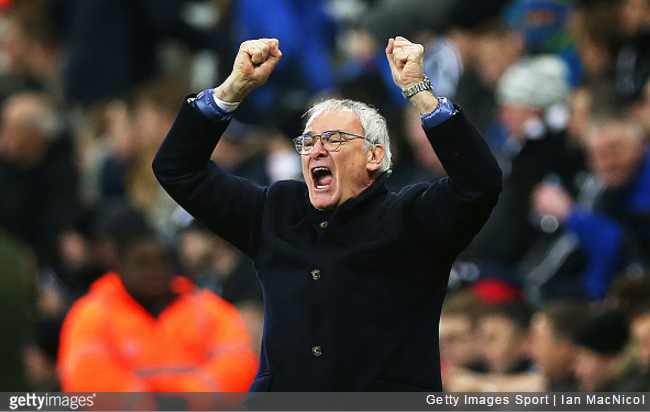 No wonder the man’s cock-a-hoop. Leicester City’s astounding 2015/16 season could prove to be incredibly lucrative for everybody involved.

The Daily Mail claim to be privy to the finer details of Ranieri’s bonus clauses, which apparently entitle the Italian to a tidy £100,000 for every place they finish above 18th in the Premier League this season.

What’s more, should the Foxes do the unthinkable and actually win the damned thing, Ranieri will land a lump sum of £1.7million instead.

The players also have a considerable stake in the prize pot too, with each senior player set to land a whopping £250,000 bonus for merely staving off relegation.

Not too shabby as motivational incentives go.