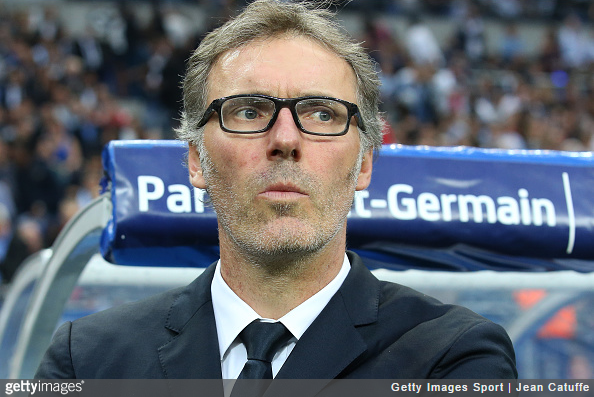 Paris Saint-Germain have confirmed today that Laurent Blanc has been released back into the wild following three successful years at the Ligue 1 goliaths.

Indeed, Blanc has won 11 trophies during his stint, making him the most successful coach in PSG’s history – though, crucially, he failed to make it past the quarter-final stage in the only competition that actually matters to the club’s owners, the Champions League, and today has ultimately paid the price for ‘only’ managing to sweep the board at domestic level.

As we embark on a new chapter in the development of the club, I would like to thank Laurent Blanc for everything he has achieved over the last three years, both in terms of the playing style and results.

I wish him the best for his future challenges.

Still, Blanc will leave with a €20million compensation package to soothe his troubled mind. The gas bill will still get paid this month after all.

As for the future of PSG’s grand project, it looks for all the world that Unai Emery will be the next man charged with bringing continental glory to the Parc des Princes – Emery of course being the man responsible for guiding Sevilla to three consecutive Europa League titles.

You can see the logic there, can’t you?