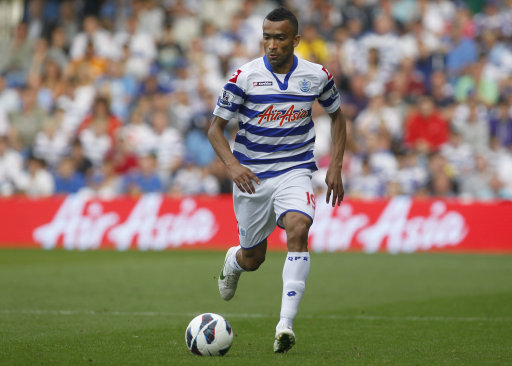 Media darling Harry Redknapp is rarely out of the spotlight and the hoo-ha over his ‘warts ‘n’ all’ autobiography ‘Always Managing’ is keeping the back pages full of juicy tales of unruly dressing-rooms and cheeky-chappie escapades.

Anyway, one of the players fingered (figuratively) in the book by Redknapp is ex-QPR defender Jose Bosingwa. The Portuguese international’s behaviour during QPR’s doomed Premier League campaign is labelled as “disgraceful” by Redknapp but now the former Chelsea man has hit back at his former boss.

In an interview with A Bola, Bosingwa, a player widely castigated by Hoops’ fans last season for his apparent lack of effort, has pulled no punches. Here’s a few of the Trabzonspor man’s  comments, which were translated and then Tweeted by the excellent Portuguese journo @_GoncaloLopes:

“I forced no one to give me the salary I was offered. They hired me on the conditions they thought were correct for a player who came from Chelsea for free.”

“How can he [Redknapp] make technical analysis of the players at training when he is almost constantly in the dressing room dealing with agents and rarely turns up on the pitch?”

“He’s obviously frustrated. By the way he speaks he thinks he is a type of Alex Ferguson figure, but there is a difference: throughout his long career, he has not won a single trophy.”

“He doesn’t seem to know what he says. It’s confusing. It must be his age or the wine he drinks every morning.”

Quite meaty stuff there from Bosingwa. Expect ‘Arry to respond at some point.